California-based extreme metal titans SUICIDE SILENCE have released "Overlord", a "B-side" song from the sessions for their sixth studio album, "Become The Hunter". You can now stream the track below.

Singer Hernan "Eddie" Hermida comments: "The inspiration for 'Overlord' came from the events surrounding the Heaven's Gate mass suicide in the late '90s. The lyrics involve not allowing yourself to be ruled by others, which is a concept that's highly relatable to many aspects of how we still live today."

"Become The Hunter" was released in February via Nuclear Blast. The disc was produced by Steve Evetts (THE DILLINGER ESCAPE PLAN, SEPULTURA, HATEBREED) at The Omen Room and mixed by Josh Wilbur (TRIVIUM, LAMB OF GOD, GOJIRA). Ted Jensen (PANTERA, DEFTONES, SLIPKNOT) mastered the album at Sterling Sound Studios in Nashville, Tennessee. The artwork for the album was created by Adrian Baxter.

SUICIDE SILENCE guitarist Mark Heylmun told Good Call Live about "Become The Hunter": "I feel like this is some of the best songs we have really put together as a group and some of the best melding of all of the minds. We all have a very eclectic and very different musical taste. And, really, the influences of why we are musicians, it has always been different. We aren't all cut form the same mold. So that has also been the process of, you know, we are 15 years in, six full-length records deep. But we are still honing our capabilities of integrating all of our differences. I think this record, of all of them, it kind of has all elements displayed pretty well. I don't think it's a perfect record. I don't think I will ever label any of our records perfect. But this one feels really really good and leaves me looking to the future on what we are going to do as far as the next time we get together to write more music, because I think we learned a lot on this record." 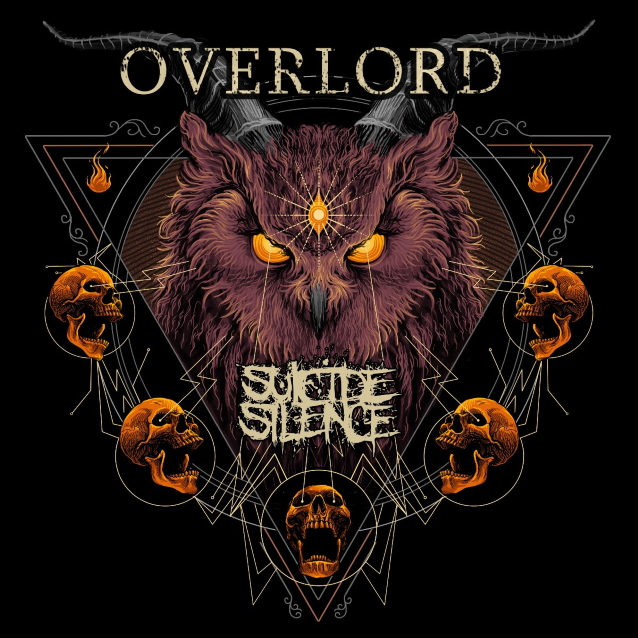