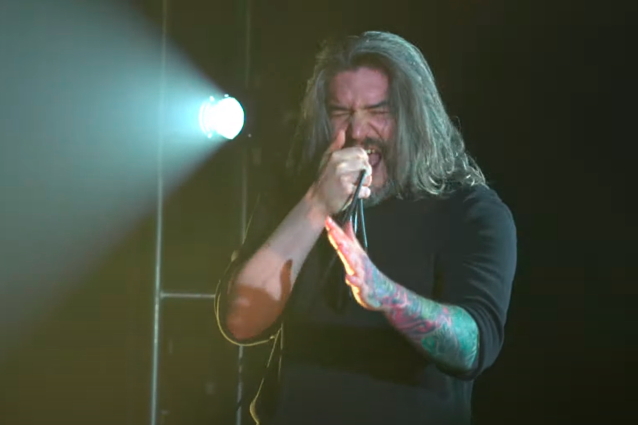 In addition to the new video, SUICIDE SILENCE has announced that due to the success of the Los Angeles show, they are adding another California performance. This time, the band will perform on Sunday, July 26 at 8 p.m. Pacific for San Francisco; the home of Eddie Hermida and Dan Kenny. To celebrate the announcement, the band is dropping the gates for the next 24 hours so that anyone can purchase the tickets to the S.F. show. Make sure to purchase your tickets to this show now at ssvirtualtour.com before the gates go back up and only Californians will be able to get tickets.

Each show will include:

SUICIDE SILENCE's sixth studio album, "Become The Hunter", was released in February via Nuclear Blast. The disc was produced by Steve Evetts (THE DILLINGER ESCAPE PLAN, SEPULTURA, HATEBREED) at The Omen Room and mixed by Josh Wilbur (TRIVIUM, LAMB OF GOD, GOJIRA). Ted Jensen (PANTERA, DEFTONES, SLIPKNOT) mastered the album at Sterling Sound Studios in Nashville, Tennessee. The artwork for the album was created by Adrian Baxter.