SUZI QUATRO To Release 'Through My Words' Lyric Book

New Haven Publishing author and rock icon Suzi Quatro will release a new book, "Through My Words", on July 27. This large, full-color hardcover contains Suzi's lyrics and personal photographs and includes her commentary about where she was when the music was made. The cover and interior graphic design were handled by Pete Cunliffe.

"'Through My Words' is an illustrated informative diary of my life, told through the lyrics of my songs.

"Creation has always been my salvation. Enjoy!"

The official Suzi Quatro documentary feature "Suzi Q", which charts the 54-year career of the pioneering female rocker who burst on to the scene in the 1970s, received a one-night-only virtual premiere on July 1 via Altavod.

Quatro's latest studio album, "No Control", was released in March 2019 through SPV/Steamhammer.

Said Quatro: "I've never stopped releasing through the years. 'Back To The Drive' in 2006, 'In The Spotlight' in 2011, 'Quatro, Scott & Powell' in 2016. These albums were thought about and planned out in great detail. I am proud of all three releases, very proud. But my new album 'No Control' is its own animal."

According to Forbes, Quatro has written a number of songs with her son during the pandemic lockdown for her next record. 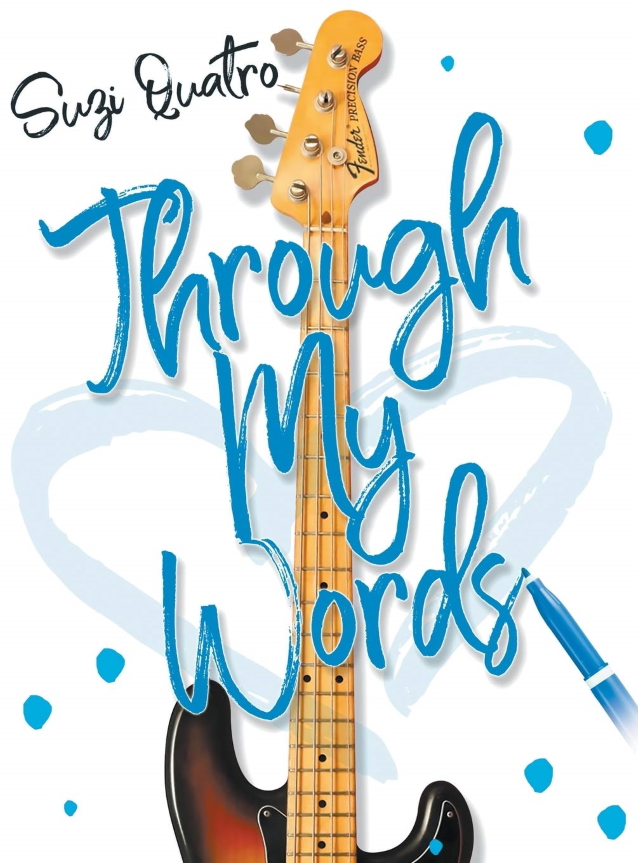