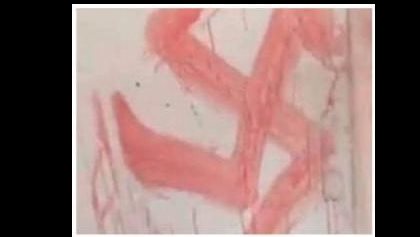 According to Glasgow Live, "Third Reich imagery" — including a swastika — was scrawled in pig's blood on a wall during this past weekend's Caledonian Darkness black/death metal festival in Glasgow, Scotland, United Kingdom, resulting in a four-figure cleaning bill.

The pig blood was reportedly meant to be used by some of the bands as part of their performances. But Gary Broadhurst, the owner of The Classic Grand venue, believes it was instead used to vandalize the dressing room after the festival, organized by Oracular Phantasm, failed to bring in enough money to pay some of the groups.

He said: "Bands had flown in from all over Europe, with performance fees agreed by the promoter, as well as riders etc. It soon became apparent that the agreed fees were not going to be available to the bands, or venue.

"When certain acts discovered they were not going to be paid by the promoter, some took it upon themselves to challenge them/refuse to play etc.

"Severe damage was then caused to the venue, which has resulted in a four-figure repair bill.

"To ensure everyone's safety, the promoter decided to cut short the event, a decision which The Classic Grand agreed with.

"Our whole reputation is built on our relationships with promoters, we'd hate to ruin that.

"We want promoters to still feel they can have gigs at the Classic Grand, and not worry about anything like this happening."

Broadhurst added that he didn't contact the cops over the incident, although he now wishes he had. "In hindsight, I should have reported it to the police," he said. "I fully regret not doing that as it's a hate crime.

"However, I was trying to deal with the situation internally and give people the benefit of the doubt."

Oracular Phantasm has denied the vandalism was caused by one of the bands booked for the festival, and has suggested a concertgoer could be responsible for the damage.

Christ. Looks like Caledonian Darkness was a bit of a car crash. Gutting that this scene is starting to eat itself.https://t.co/aCe6wSkG0b 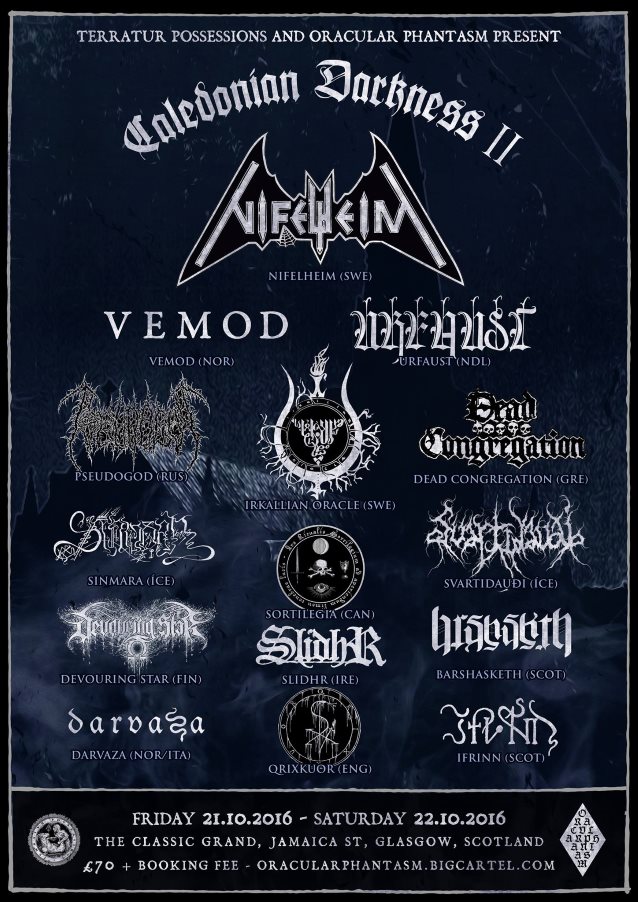