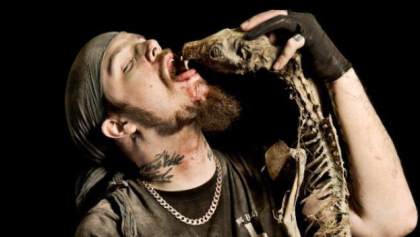 Season Of Mist has announced the signing of Swedish extreme metal lunatics SHINING. The band's next studio album will ariive in early 2015.

Kvarforth issued the following statement about the signing: "After a long period of negotiations and discussions that lasted almost eight years, I have now chosen to grant Season Of Mist the privilege of releasing the next SHINING album. We have also once again decided to work with [KING DIAMOND guitarist] Andy La Rocque and record at his Sonic Train facilities. The ceremony is set to begin in September, and thus my ninth child can be expected in early 2015."

The pioneer of what is today referred to as "suicidal black metal," SHINING has been spreading chaos and mayhem throughout the planet since 1996. With eight highly acclaimed albums behind them, and 70+ members fired between the years 2002 and 2011, SHINING has finally found a lineup that has lasted longer than two years. Now the band is fully prepared to shed some genuine darkness into an otherwise shallow scene that relies mostly on overused theatrics and the camouflage offered by alter egos.

"It has cost us a lot doing what we do, but it has all been worth it. We are now a fantastic constellation that is able to put on the kind of show that I've been striving for since the very day I gave birth to this sick child of mine nearly two decades back," says Kvarforth. 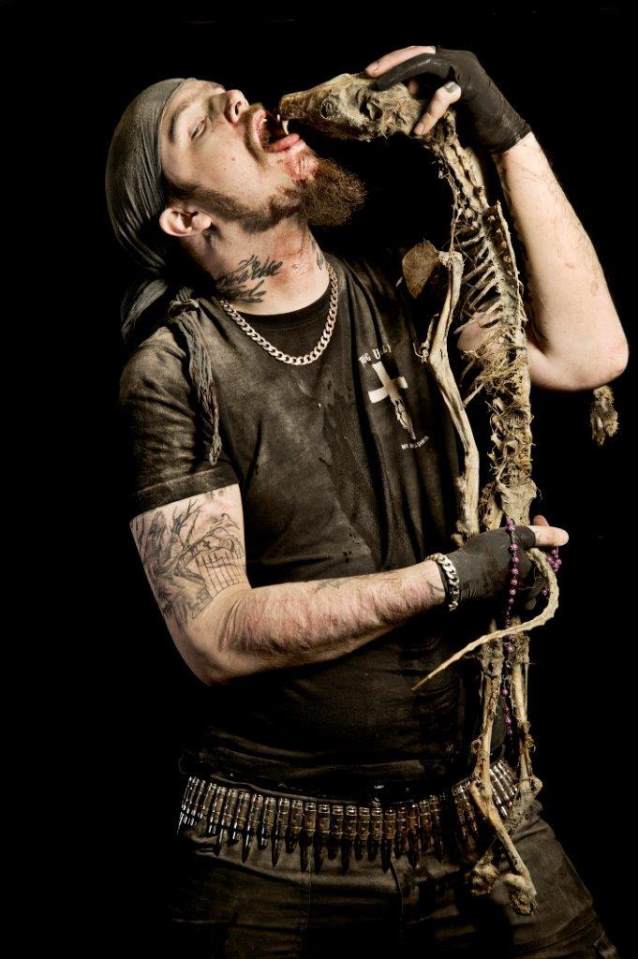