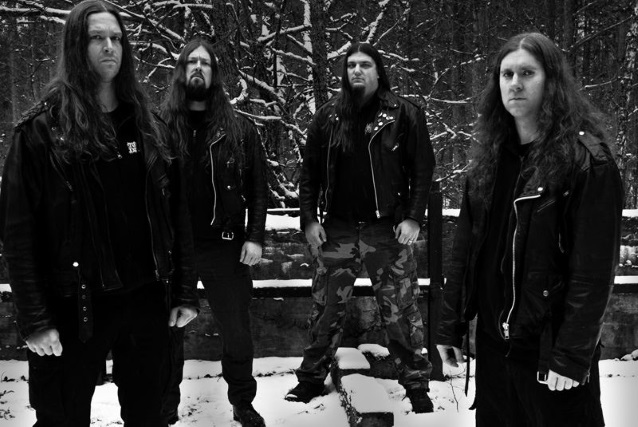 Swedish death metallers VOMITORY have reformed and will make their official comeback next year.

The band says in a statement: "For 24 years, Swedish death metal legends VOMITORY laid waste to stages all over the world and released eight successful albums before laying down their arms in 2013. In 2017, they reunited for one show to honor an old friend. The band had such a good time playing again that the thought of future battles together started to grow like a seed in blood-drenched soil. 2019 will mark the 30th anniversary of VOMITORY's supreme death metal and prove to be the perfect year to celebrate by wreaking havok to stages all over the planet again. Death metal supremacy!"

Prior to its 2017 reunion concert at the Summer Breeze festival, VOMITORY played its last gig on December 27, 2013 at Metal Clüb / Nöjesfabriken in Karlstad, Sweden. They were joined on stage by Tomas Lindberg (AT THE GATES, THE GREAT DECEIVER, LOCKUP, DISFEAR, THE CROWN) for the song "Revelation Nausea".

VOMITORY announced its decision to disband in February 2013, explaining in a statement: "After 24 years, eight albums and hundreds of live shows across 30 countries, we have finally come to the end of the road."

The group's eighth full-length album, "Opus Mortis VIII", was released in 2011 via Metal Blade Records. The CD was recorded at Leon Music Studios outside Karlstad, Sweden with producer Rikard Löfgren.