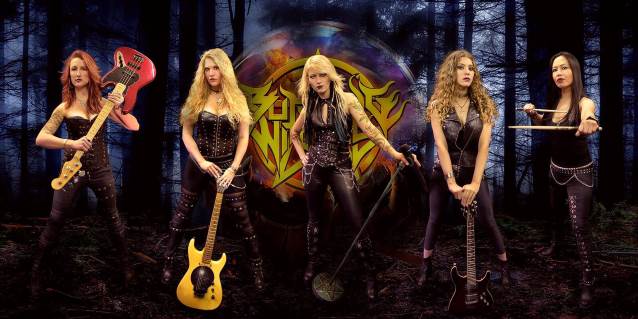 Swiss all-girl heavy metal outfit BURNING WITCHES will release its second album, "Hexenhammer", on November 9 via Nuclear Blast Records. The disc was produced at the Little Creek Studio in Switzerland by the same team as its predecessor: V.O. Pulver (PRO-PAIN, DESTRUCTION, NERVOSA, PÄNZER) and DESTRUCTION frontman Schmier, who helped and advised as a close friend of the band.

The first trailer from the studio, which includes a teaser for the album's lead single, "Executed", is available below.

"Executed" will be released on August 31.