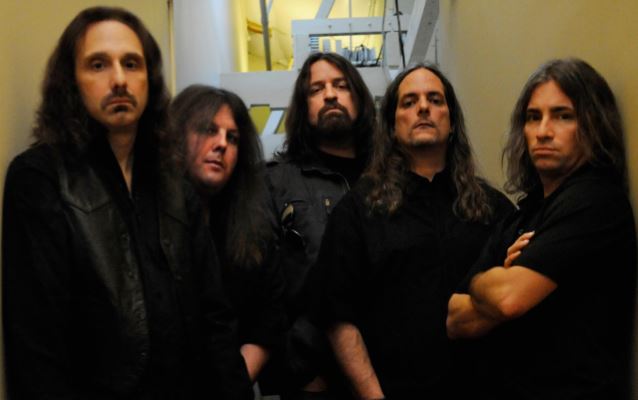 American progressive metal veterans SYMPHONY X will enter the studio this week to begin recording the follow-up to 2011's "Iconoclast" for an early 2015 release. "We're gonna start the drums on Tuesday [September 9], and with all the recording and then the promotion, we hope to have a new album out for the spring," SYMPHONY X bassist Michael LePond told United Rock Nations last week (hear audio below). He continued: "The songs are ready to go. We have ten songs. We may record nine or ten; we'll see how it goes."

Regarding the musical direction of the new SYMPHONY X material, LePond said: "Stylistically, it's not as heavy as 'Iconoclast' was. If I had to compare, I would say that it's a combination of [2002's] 'The Odyssey' and [2007's] 'Paradise Lost' — something in there. It has a lot of classic SYMPHONY X elements in it, which I think a lot of our fans were missing for a few years. So I think our fans will really like this one. It really just focuses on solid songwriting."

On the topic of the time table for the completion of the new SYMPHONY X album, LePond said: "I think we would like to have the album recorded by the end of the year, finished. And then we give it to the record company and then they need three months to promote [it]. So that's the plan right now."

SYMPHONY X's ninth studio album, "Iconoclast", sold more than 7,000 copies in the United States in its first week of release to debut at position No. 76 on The Billboard 200 chart.

"Iconoclast" was released in June 2011 via Nuclear Blast Records.

UDR/Warner has set a September 26 release date for the first-ever solo album from LePond.

"Mike LePond's Silent Assassins" is described in a press release as "a fantastic heavy, power metal album that combines all influences of Mike LePond's favorite bands from the past and present. This album is packed with kick-ass vocals, scorching riffs and epic styling; there's something in there for any style of metalhead!"