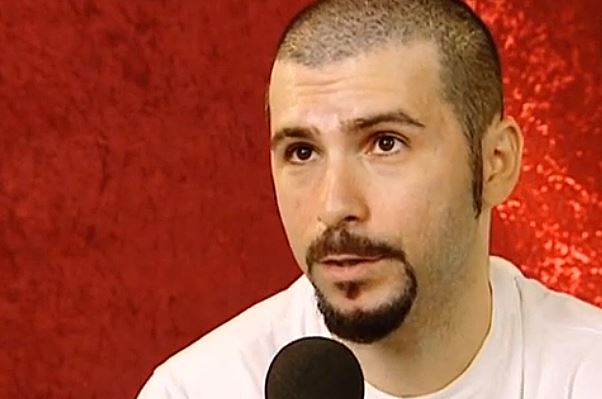 SYSTEM OF A DOWN Drummer Working On Covers Album

SYSTEM OF A DOWN drummer John Dolmayan has revealed via Twitter that he has "started working" on a covers album. He added: "[It] should be good practice for the eventual SYSTEM OF A DOWN album sometime in the future."

At the conclusion of SYSTEM OF A DOWN's July 29 concert at the Hollywood Bowl in Los Angeles, California, Dolmayan announced that the band would release a new studio album prior to the group's next appearance in Los Angeles.

The following day, SYSTEM OF A DOWN singer Serj Tankian, shot down reports that the band is making plans to make a new studio album, telling fans in a Reddit Ask Me Anything session: "We really appreciate [the fact that the fans want a new studio album from us], but we have to make a record when we think it's time, not anyone else," Serj said.

"No, that is not true [that we have made plans to begin work on a new album]," he added. "A quick scan of press online will show that we have not yet agreed on a timetable for another record due to its time commitments."

Tankian also addressed the series of statements that were posted in May on SYSTEM OF A DOWN bassist Shavo Odadjian's Facebook page in which Shavo directly blamed Serj for the band's continued lack of new music, saying that the vocalist was holding the group back.

"Shavo's comments have been redacted by the author," Serj said. "The truth is above in my first answer."

He continued: "I am not opposed to making a SYSTEM record at all. It just has to be the right time for us all in the band."

SYSTEM OF A DOWN toured Europe throughout the month of August. 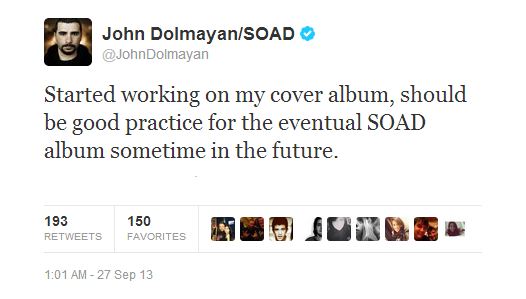