"Intent To Destroy", directed by Academy Award nominee Joe Berlinger, is a powerful and poignant film that dissects genocide denialism. The film, which recently qualified for Oscar consideration, outlines the century old denial campaign of the Armenian Genocide by the Turkish government and brings it into the current age of disinformation and scare tactics. Tankian handled the film score accordingly, infusing old and new, melancholic acoustic ethnic instruments with dissonant and unhinged ambient, rhythmical, and processed instruments. The film was released in theatres on November 10.

Says Tankian: "Hands down one of the most powerful films I've ever seen let alone been a part of. It was a unique experience for me to be in the film and compose the music for it as well. To musically match the historical reality of the Armenian Genocide with the nefarious modern Turkish denial of the truth, I employed a hybrid of classical, ethnic and modern electronic instruments melting in the Duduk and Oud with processed ambient and arpeggiated instruments to match the story."

"Furious: The Legend Of Kolovrat" is a Russian historical fantasy film set in the 13th Century directed by Ivan Shurkhovetskly about the Ryazan knight Evpaty Kolovrat — the leader of a 17-man squad who defend against thousands of Mongol warrior hordes and their leader Batu Khan. Tankian incorporates sweeping sounds of a large orchestral ensemble, bombastic percussion, soaring choir, traditional folk instrumentation and attacking metal guitars to match the action-packed tone of the film.

Says Tankian: "I'm a huge fan of historical action films, so I welcomed the opportunity to create my first epic score for 'Furious'. We used a full orchestra with epic percussion, a huge choir, ethnic instruments and a wall of electric guitars. It's truly a kick-ass score."

A video for the track "A Fine Moment to Die" from "Furious" featuring vocal performances by Tankian and female vocalist Katya Ivanchikova has already become a viral hit with more than 500,000 views.

Tankian is a Grammy-winning and multi-platinum recording artist, singer, songwriter, poet, visual artist, activist and composer. An Armenian born in Lebanon and re-rooted in Los Angeles, Serj was introduced to the melding of cultures, ideas and ideals from a very young age.

Tankian got his first opportunity to compose for film in 2006, when he was tapped by famed director William Friedkin to come up with a theme for his psychological thriller "Bug". In the eight years to follow, Serj was able to squeeze in a few shorter length compositions for film and TV projects in the midst of extensive touring cycles and solo album releases. With a need to be more creative with his musical talents, Tankian made a conscious decision in late 2014 to focus more on scoring for film, TV and video games. In 2015, he was brought on by independent filmmakers Garin Hovannisian and Alec Mouhibian to score "1915", starring Angela Sarafyan and Simon Abkarian. 1915 marked Serj's first full film score, and he was intent on doing more. Over the past few years, additional credits include composing the film score for "The Last Inhabitant", an original composition for Ilya Naishuller's "Hardcore Henry" and video game musical scores for "Midnight Star" and its sequel "Renegade", which were created by one of the chief creators of the famed "Halo" game franchise. He also recorded a modern version of Armenian folk song "Sari Siroun Yar" along with the Authentic Light Orchestra for recently released film "The Promise", directed by Terry George, starring Christian Bale and Oscar Isaac. Tankian was also brought on by Survival Pictures, the producers of "The Promise", to serve as an executive music consultant on the film.

Early in his musical career, Serj found an outlet as the rabble–rousing lead singer and songwriter of the largely successful rock band SYSTEM OF A DOWN, a band that has reached into the hearts and minds of millions of people relaying multiple messages of love, awareness and activism. SYSTEM OF A DOWN has five studio album releases, three of which debuted at number one on the Billboard 200, and has also been nominated for four Grammy Awards and snagged one in 2006 for "Best Hard Rock Performance" for their song "B.Y.O.B."

Tankian has released six albums of his own solo material, beginning with 2007's chart-topping hard rock album "Elect The Dead" and its symphonic counterpart "Elect The Dead Symphony". His sophomore solo album "Imperfect Harmonies" was released in 2010, followed by "Harakiri" in 2012. 2013 saw two distinct releases from Serj, with the first being the critically acclaimed "Orca Symphony No. 1", released in June of that year, followed up with the very unique "Jazz-iz Christ" one month later. 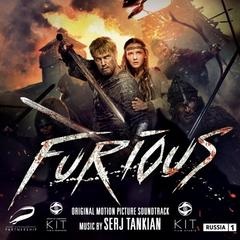 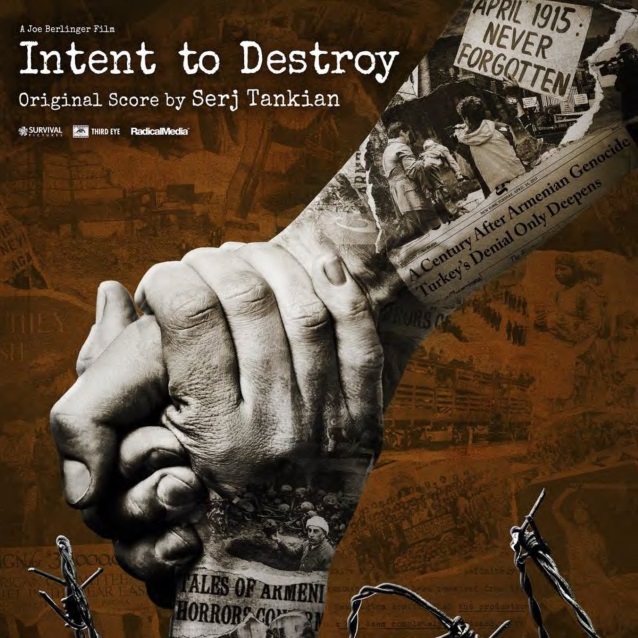