SYSTEM OF A DOWN, KORN And FAITH NO MORE Announce Los Angeles Stadium Concert

SYSTEM OF A DOWN, KORN and FAITH NO MORE will perform at Banc Of California Stadium in Los Angeles, California on May 22. HELMET and RUSSIAN CIRCLES will also appear on the bill.

The Banc Of California concert will mark the first-announced U.S. show of 2020 for both SYSTEM OF A DOWN and FAITH NO MORE.

The band will perform a number of European concerts in 2020, including at Finland's Provinssi and Germany's Rock Am Ring festivals.

The shows will come half a decade after the release of the group's acclaimed reunion album, "Sol Invictus". 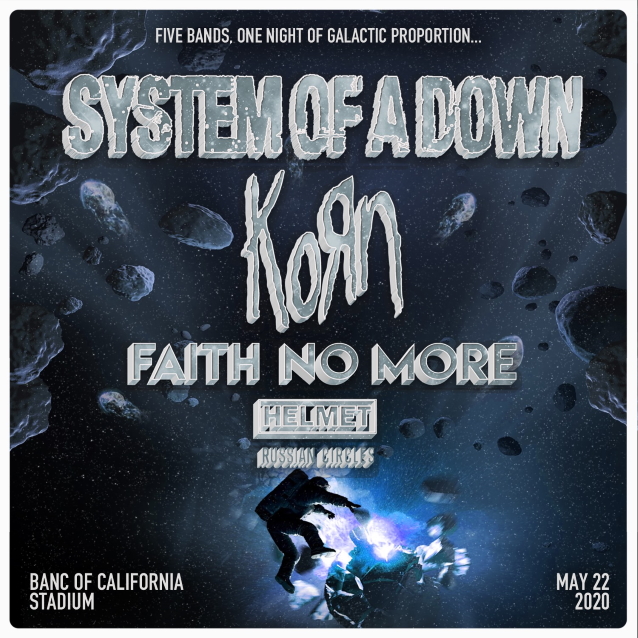