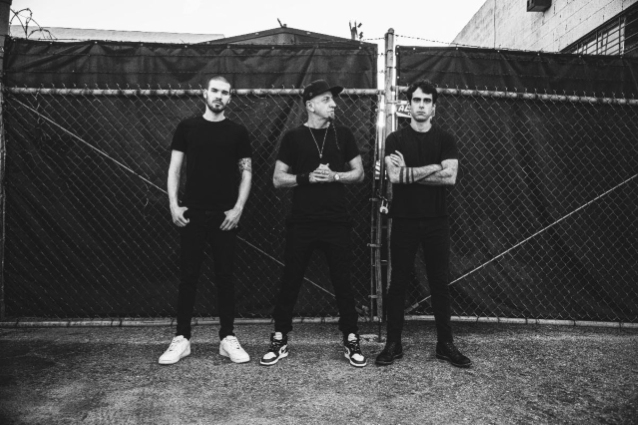 "Vol. 1" features the hard-hitting track "Like That?" and two other songs — the biting critique of the hypocrisy of the current social media landscape "Die For The Pic", and rabble-rousing protest anthem "Shotguns", for which NORTH KINGSLEY has released an official lyric video.

Speaking on the the inspiration for the lyrical content of "Shotguns", vocalist/lyricist Ray Hawthorne states: "'Shotguns' is an open discussion about what it means to be a modern-day American. Is it even anything worth being proud of? What changes need to be made? As the days go on, these questions hold even more weight."

The dawn of NORTH KINGSLEY is a challenge to the very system itself. The way music is released, distributed and marketed is all being approached in a unique and creative way relevant to today's world and showcases a determination to revolutionize arcane structures. Instead of a full album release, NORTH KINGSLEY will instead be releasing miniature volumes of three tracks every few months, the first of which is "Vol. 1".

Shavo says: "We're giving you songs you can marinade on, instead of 12 songs all at once. There's going to be a clip for every song, something visually for you to vibe on.

"I directed videos for SYSTEM, I do stage production visuals for the band, so that's important to me.

"Saro has an incredible eye for creating new things visually and I act almost how a producer would on that and we are going to drop merch with every release, so it's more than just music."

When Shavo began experimental studio sessions with producer Saro Paparian and New Jersey lyricist Ray Hawthorne, he had no idea that it would turn into anything more than a creative outlet to jam with like-minded musicians. The result was a genre-bending mix of deep, cinematic instrumentals and thought provoking, socially charged words.

"I love to collaborate," says Odadjian. "I love to hear my ideas come through other people. There is strength in numbers. Saro would make the beats, and I would play guitar and bass — and not in a way that you'd usually hear in rock. When Ray came in, he was very turned on to what's going on socially and politically. They both know their way around the studio with what's new and fresh. I played hard to get for a little while with them, but the vibe and what we were working on was so cool that it became the start of NORTH KINGSLEY."

"I'm known for playing metal but you can't say it's just metal — it has a lot of other influences in there," Odadjian points out. "I did ACHOZEN with RZA and that was straight hip-hop. NORTH KINGSLEY is right in the middle. The kick and the hi-hats and the snare sounds punk.

"To me, punk rock isn't a style of music, it's something you live. It's a lifestyle and it means going against the grain and I heard that there, and we are putting it all together to create something exciting and new for today.”

In 2018, Odadjian came to Paparian, who provided him with an education in the latest, cutting edge studio techniques. As an Armenian-American raised on everything from SOAD to surf rock, Paparian took that base principal and spent years around the underground Los Angeles hip-hop community, going to club nights where people would manufacture beats and he and Ray would lose themselves for hours as often as they could.

Speaking about the new project, Paparian says: "Our sound is very L.A. Ray and I were raised in those dirty clubs for years and you have Shavo who's part of one of the biggest L.A. bands of this century.

"I want people to know that this came from L.A. You can hear it in the griminess of both the rock and the beats.

"The three of us align across the spectrum and bring different things. It's like these musical and cultural nodes that center and become NORTH KINGSLEY. We have specific creative identities. It's like watching those three things clash and meld together like steel rods being sculpted by friction.

"I'm stirring this witch's brew with Ray's lyrical intellect and Shavo's exceptional songwriting talent. It's in his DNA to know when a song feels right and I throw my flavor into that and that's us."

Hawthorne, the final component to join the inner workings of NORTH KINGSLEY, is a longtime associate of Paparian. Armed with knowledge of today's political, social and entertainment landscapes and showcasing a lyrical dexterity that can take him anywhere from Hemmingway to animation and scholars to psychopaths, nothing is off limits when it comes to how he communicates his ideas.

"I grew up on SYSTEM and had lots of albums by socially conscious bands and that spoke to me," he says. "We are all focused and are all hard on ourselves to challenge one another and make something that's great musically and that, I hope, extends to our message."

With this razor-sharp approach to both the creative and business output of the project, NORTH KINGSLEY is a socially conscious, creative force shaped by the modern age. Drawing on a multitude of cultural, visual and political influences, they aim to create a musical movement that is both rooted in what's come before, but that focuses on creating what's next. 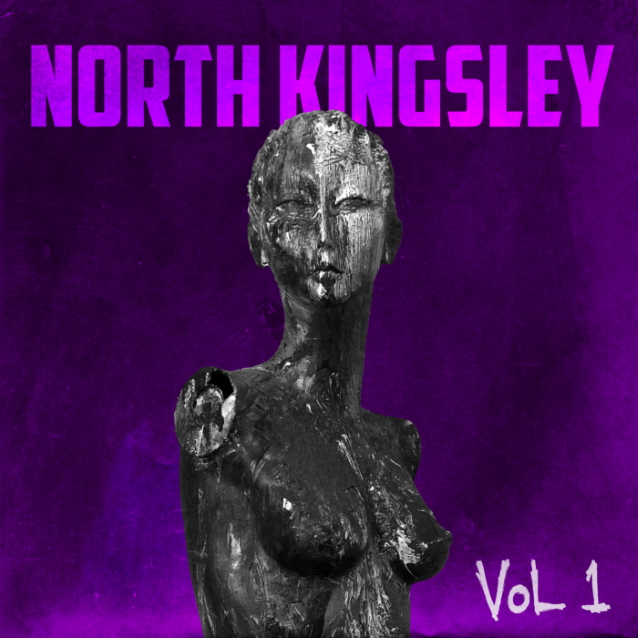