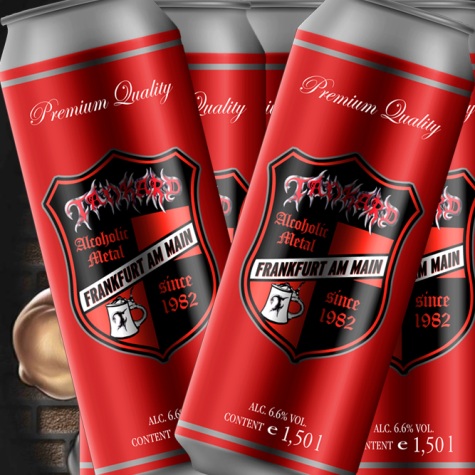 German alcoholic thrashers TANKARD have set "A Girl Called Cerveza" as the title of their 30th-anniversary album, due at the end of July via the band's new label home, Nuclear Blast Records. The CD is currently being recorded at Studio 23 in Frankfurt with producer Michael Mainx (ONKELZ, DER W, DISBELIEF, D-A-D).

The first part of the "A Girl Called Cerveza" album cover can be seen below (hidden behind beer cans).

TANKARD's fourteenth studio album, "Vol(l)ume 14", was released on December 17, 2010 via AFM Records. The limited-edition digipak version of the album includes a bonus DVD containing footage of TANKARD's performance at the 2009 edition of the Headbangers Open Air festival, which took place July 23-25, 2009 in in Brande-Hörnerkirchen, Germany.