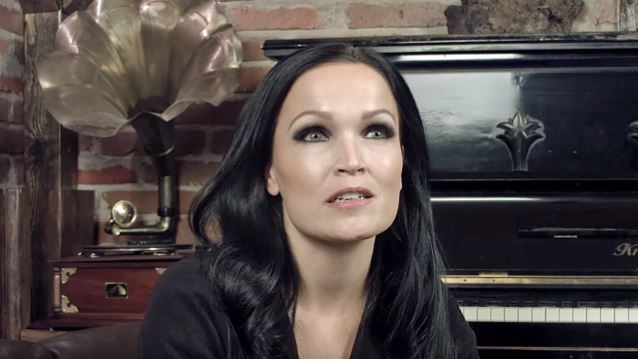 TARJA TURUNEN: Track-By-Track Breakdown Of 'The Shadow Self' Album

A track-by-track breakdown of "The Shadow Self", the forthcoming heavy rock album from former NIGHTWISH singer Tarja Turunen, is available below. The CD is due on August 5 via earMUSIC.

"The Shadow Self" track listing:

Regarding the inspiration for "The Shadow Self" album title, Tarja said: "I [came across] an Annie Lennox interview some time ago on the Internet, and I was reading about her telling about 'shadow self,' about a darker side of us all.

"Everybody, every one of us, we have a darker side, [and] we should probably just appreciate that it exists, but especially we artists, we get a lot of inspiration from our darker side. Many writers or artists in general, they write darker songs or they use it somehow. We don't probably even understand where all the darkness comes from."

She continued: "Since many years, I realized that I have a darker side in me, even though I still believe I'm a very positive person. But still, there is still darkness that makes me write music and create in general, and it affects everything that I do. I believe it's a beautiful darkness.

"And so, I found this interview of Annie, and it was very inspiring. She was just telling about our dark side, calling it as a 'shadow self,' and I said, 'Hmmmm… What a great title for an album!' I really felt like, 'That's it. That's my album title.' That is where everything comes from."

Turunen's video for the song "Innocence" can be seen below. The clip was filmed in Buenos Aires, Argentina with movie director Mariano Cattaneo.

While waiting for the release of "The Shadow Self", Tarja has yet another surprise for her fans: Turunen and earMUSIC have announced the release of the new album's prequel, "The Brightest Void". With over 50 minutes of new music, the extra album will sweeten the wait until August.

"The Brightest Void" was released on June 3 via earMUSIC as a CD digipak, LP+download code and as a digital download.