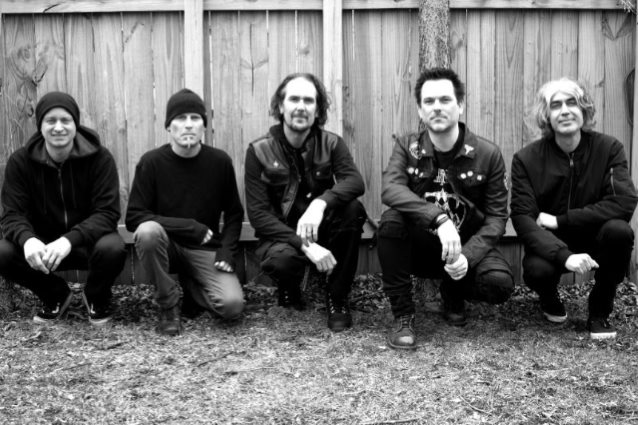 The new disc was recorded across many different locations in the same manner as the band's eponymous debut. The drums were tracked Montreal, guitars in Minneapolis, bass in Seattle and Minneapolis, and vocals on the Isle of Skye in Scotland.

Miller commented: "This approach can be challenging given the location of the band members, but it is a necessity that we have tried to turn into a strength. Video conferencing and messenger services have been helpful in guiding the process to completion.

"The album was mixed at Smiddy studios on the isle of Skye by James Adams, who has also taken on duties as our keyboard player. We have had contributions from Themis for some of the ambient sounds on the album, a hurdy-gurdy from Tanner Anderson and even bagpipes from 16-year-old Scottish virtuoso Brighde Chaimbeul, so there are some interesting textures, with an emphasis on the lyrical content. As usual, we have constructed a few intriguing landscapes for the listener to engage with."

"A Pillar Of Fire" unearths some of the preoccupations of both The Baron and Away: mythological motifs, ultra-terrestrial hypotheses, surreal social political landscapes and the endless search for meaning in a controlled universe.

TAU CROSS refuses to be pigeonholed, affirming the respective legacies of its members hurdy-gurdy the band delves into the realms of gothic rock, industrial, early doom, post-punk, and prog rock alongside its crust and thrash roots. The band’s self-titled debut was recorded in 2014 and released in May 2015.