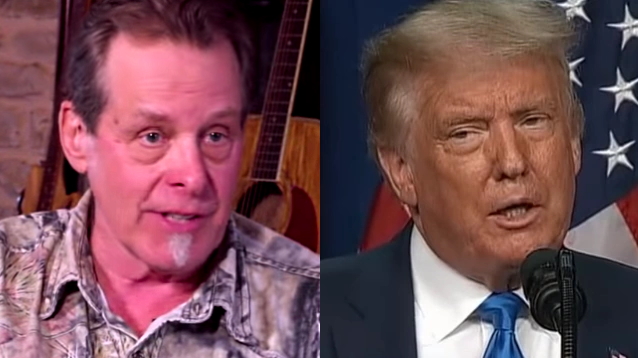 TED NUGENT On DONALD TRUMP: 'I Genuflect At The Altar Of This Great Man'

Ted Nugent has once again praised President Donald Trump, saying that the billionaire real estate mogul represents "the heart and soul of the best American families out there."

The outspoken conservative rocker, who is a staunch proponent of gun ownership, discussed America's 45th president in an interview on Thursday (October 29) with InfoWars' "The Alex Jones Show", hosted by noted conspiracy theorist Alex Jones.

Speaking about his admiration for Trump, Nugent said: "I genuflect at the altar of this great man. He is just pulling off miracle after miracle. He's really touching the heart and soul and representing the heart and soul of the best American families out there. Just praise God for that. This is one of those divine intervention moments, like the founding fathers. Believe me when I tell you that.

See you all on Alex Jones radio live right now celebrating truth logic commonsense we the shitkicker people of America drenched in freedom!