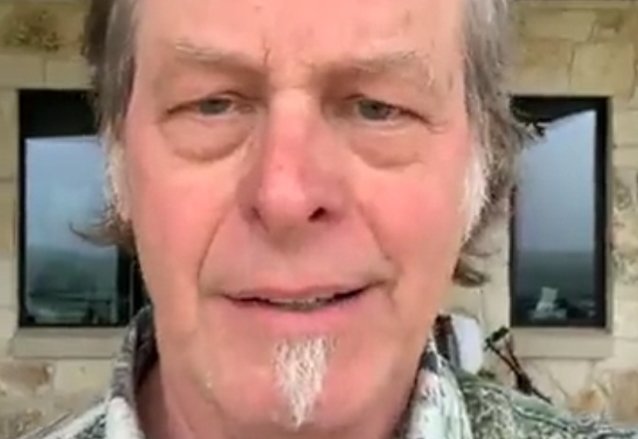 Ted Nugent has denied that systemic racism exists in the United States.

The outspoken conservative rocker made the claim during a YouTube stream with his wife Shemane earlier today (Wednesday, May 5). He said (as transcribed by BLABBERMOUTH.NET): "There is no systemic racism. It's a lie. There isn't any systemic racism. We fixed that. It's 2021, and there's no white supremacy. It's not a threat. White supremacists haven't burned down Seattle or Portland. They didn't burn down Kenosha. They didn't burn down Minneapolis. Those were so-called Black Lives Matter terrorists and Antifa and Democrat supporters who hate America, hate God, hate family, hate freedom, hate the Constitution, hate the Bill Of Rights, hate hard-working Americans. They are the terrorists. Black Lives Matter, Antifa — those are the terrorists. They burn down cities and destroy things. There are no white supremists [sic] doing that. There might be a couple of dirtbag white supremists out there, but they're virtually inconsequential. It's bullshit.

"So, be careful of the propaganda ministry and the censorship of Big Tech, who literally censors the president of the United States," he continued. "Not this goofball in the White House now, but Donald Trump. And they suppress Shemane and I because we stand up for God, family, country, Constitution, Bill Of Rights, the Ten Commandments, the Golden Rule, the Declaration Of Independence, life, liberty and pursuit of happiness, and law and order.

According to Business Insider, extensive research and data illustrate how systemic racism in the United States makes basic experiences like banking, education, and interactions with law enforcement vastly different for people of color compared to white people. Racial disparities are ingrained in almost every component of American society, including employment, wealth, education, home ownership, health care and incarceration.

Two months ago, Nugent fired back at accusations of racism, saying that he is "the anti-racist" who has "paid homage and reverence to the black heroes of music" his entire life.