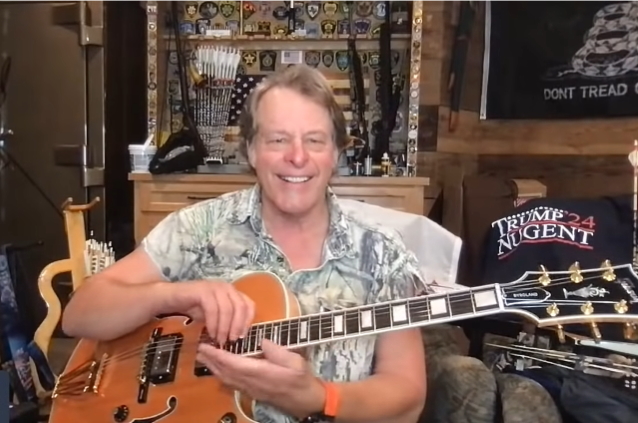 During the latest installment of his YouTube livestream, Ted Nugent played a snippet of his new song "Feedback Grindfire" over his mobile phone. The track, which can be heard below, will appear on Nugent's recently completed new studio album called "Detroit Muscle". The follow-up to 2018's "The Music Made Me Do It" was recorded with Ted's current band, which includes bassist Greg Smith and drummer Jason Hartless. Other songtitles set to appear on the 10-track disc include "American Campfire", "Come And Take It", "Born In The Motor City", "Just Leave Me Alone", "Driving Blind", "Alaska", "Leave The Lights On" and "Winter Spring Summer Fall".

Back in April, Nugent said that his next album would be titled "Handsome Devil" after a public compliment paid to him by former President Donald Trump, of whom Ted is an ardent supporter.