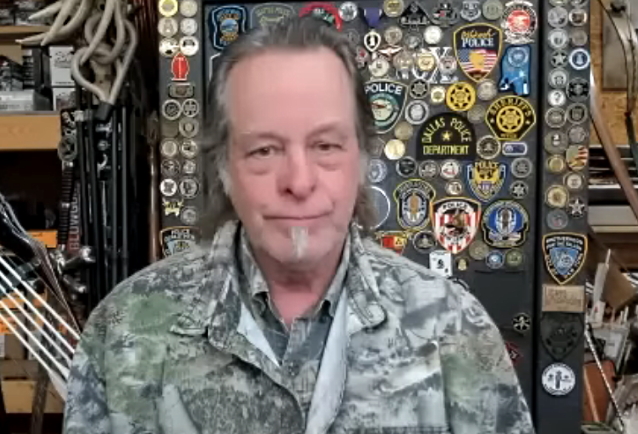 Ted Nugent has offered to sit down with former U.S. president Donald Trump and Florida governor Ron DeSantis to cool the tensions between two of the country's most popular Republicans.

Trump, who has been teasing another bid for the White House, has been jabbing away at DeSantis in last few days, calling him an "average Republican governor with great Public Relations" and giving him the nickname "Ron DeSanctimonious". He also posted Wednesday on Truth Social that he got more votes in Florida in 2020 than DeSantis did this week — even though they were running for different offices and not against each other. Meanwhile, DeSantis delivered Republicans one of the most sweeping statewide victories in Florida in recent memory, prompting a number of conservative media making it clear that they would prefer to cast aside Trump in favor of DeSantis as the leader of the Republican party. The New York Post's front cover on Thursday put Trump's face over the drawing of a boy from a well-known nursery rhyme. The headline was "Trumpty Dumpty". The Wall Street Journal's opinion section ran a sharp editorial headlined, "Trump is the Republican Party's Biggest Loser".

Nugent, a vocal Trump supporter who campaigned for America's 45th president in his home state of Michigan, addressed the perceived feud between Trump and DeSantis during the November 11 edition of "The Nightly Nuge", a news-style clip in which Ted Nugent offers his take on the news of our world every night. Asked by co-host Keith Mark how the "potential rift" between the two Republicans "should be resolved," Nugent said (as transcribed by BLABBERMOUTH.NET): "From my point of view, where my radar for truth, logic and common sense never rests, I believe that Ron DeSantis is a great conservative leader. I believe that President Donald Trump is a great conservative leader. I do not see a rift. I do not see a separation. I see that we the people need to unite on conservative values.

"I'll be going down to Mar-a-Lago as a guest of President Trump receiving some gonzo, we-the-people, middle-finger-on-fire patriot award because I've dedicated the last 50 years of my life doing so," he continued. "And while I'm in Florida with the greatest governor in America, in Florida with the greatest president in the history of America, I'm gonna see if I can reach out and recommend that the three of us get together.

"So, governor Ron DeSantis, congratulations and salute. President Donald Trump, we are with you. And I would recommend and invite both of you great, great patriots to sit down with Ted Nugent at your first convenient opportunity and maybe we can strategize to make sure that the conservative real Republican community of this country is united. I think we can do that.

Nugent has been very publicly critical of Joe Biden, comparing him to Adolf Hitler following a speech the U.S. president made in September. Last year Nugent declared Biden a "rotten" human being and railed against Democrats who support the president's "ugly policies." He said during an appearance on "The Wild Initiative" podcast: "You say that some of the liberals have good intentions. I haven't met one. And I meet an awful lot of people. Because if you are on the side of Joe Biden, you're just plain a rotten human being. You support a man with a liberal agenda that renegotiated all the contracts with the globe that Trump finally negotiated on behalf of our country. That's not my hunch; that's not a guess; that's not an opinion. Trump renegotiated global contracts for the first time in my lifetime to actually benefit America, and Joe Biden reversed them to hurt America. So if you're a liberal and a Democrat, you're the enemy of freedom. And if you don't believe in those ugly, ugly policies, then you have to quit."