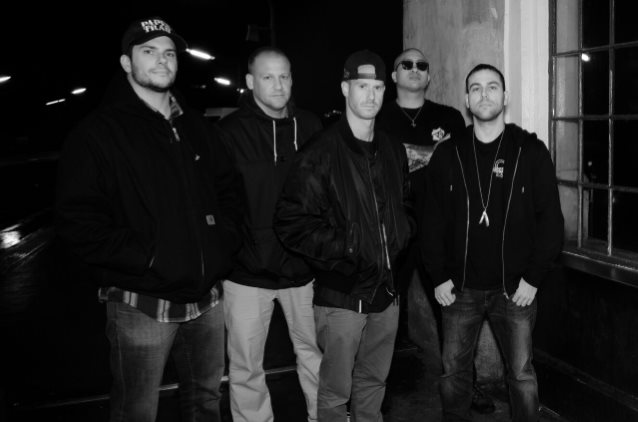 Southern California's veteran hardcore slayers TERROR have signed with Pure Noise Records. A new EP will be released in the spring.

"After a great run of releasing records with Century Media and Victory for the last ten years, it's exciting to find a fresh, new home for TERROR," says vocalist Scott Vogel. "We are humbled to still be a band with a lot of love and support around the world, and Pure Noise Records is exactly who we wanted to work with for our future. We look forward to the next chapter in this wild ride and couldn't be happier to be doing it together with Jake (founder of Pure Noise Records)."

Since forming in 2002, TERROR has become one of the hardcore genre's most notorious and successful acts. Over the years, the band has released six classic albums, their latest being "The 25th Hour", which was issued by Victory in 2015. Their signature sound, a punishing blend of hardcore, punk and thrash, has attracted a legion of diehard fans around the world and anyone who's witnessed the sheer power of TERROR live and lived to tell about it can attest to the band's authenticity and intensity.