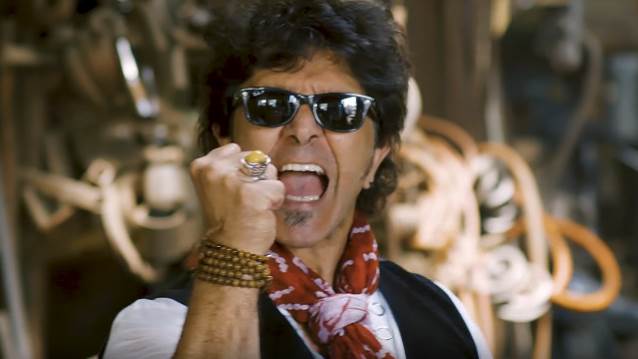 Terry Ilous says that he found out "through an e-mail and the Internet" that he was no longer the singer of GREAT WHITE.

Earlier today (Tueday, July 10),Ilous released a statement in which he claimed he was blindsided by his dismissal from GREAT WHITE, saying that he "proudly invested" all of his energy and focus "into the GREAT WHITE brand."

"As of Monday, July 9th I was informed through an e-mail and the Internet that I was no longer with the band GREAT WHITE. After having just played a round of back-to-back shows this week, needless to say, I was taken by surprise.

"I would, first of all, like to personally thank each and every one of the fans for their continued support over the last eight and a half years. It has meant a great deal to me to meet and get to know so many amazing people while on the road.

"Taking over the lead for such an iconic band as GREAT WHITE was no easy task. I did my best to never disappoint the fans and to respect and protect the legacy that Mark, Michael, Audie and Jack had established so many years ago. Throughout these 8 1/2 yrs. I have proudly invested all of my energy and focus into the GREAT WHITE brand. And while I am disheartened at the abrupt end to this year's tour; I will now put my focus into my solo works and other endeavors.

"While I have no official statement on future touring at this time, I will say that there will be some surprises in store for fans. Stay tuned to all my social media pages; announcements to come."

In Monday's (July 9) statement announcing Malloy's addition to GREAT WHITE, guitarist Mark Kendall said that Ilous "has been released to join his other projects." He added that he and his bandmates wished Terry "the best of luck" and thanked him "for his run with GREAT WHITE."

Malloy, a songwriter and artist now based in Nashville, said that he was thrilled to be a part of GREAT WHITE and insisted that he would not try to be a "clone" of previous singers Jack Rusell and Ilous.

"I have to represent this music honorably," Malloy said. "I respect what has come before me and have to remind fans of where they were when they first heard these songs. I also have to be myself at the same time. When I first heard my own voice with GREAT WHITE's music, I knew something special was going on."

"We had an immediate rapport with Mitch," Lardie said. "I'm positive the fans will embrace Mitch and continue to support GREAT WHITE. This music is bigger than any one person."

As of Monday, July 9th I was informed through an email and the internet that I...