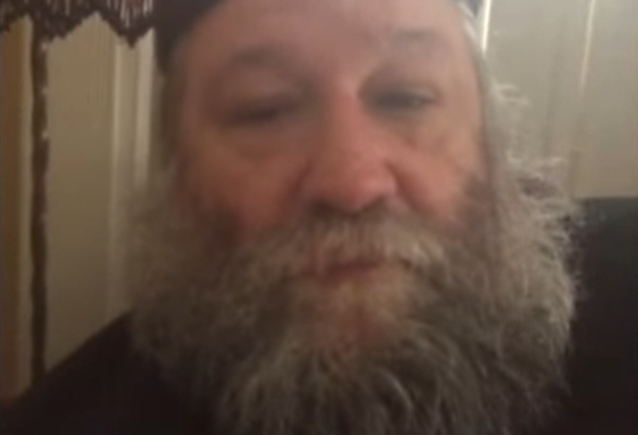 During a recent appearance on "That Jamieson Show", TESLA bassist Brian Wheat said that his battle with bulimia was the hardest thing to write about in his just-released autobiography, "Son Of A Milkman: My Crazy Life With Tesla". "'Cause it's not something you really talk about," he explained. "And I found that since I have talked about it, a lot of people said, 'Well, it's something that we thought was more [of an issue] for women, not men.' So that was difficult to talk about. The fact of being an illegitimate son, being a bastard child, was a little bit hard. But honestly, once I made the decision to do the book and do it in the fashion that I was gonna do it in, I just went, 'I'll just put it all out there. Judge me. Fuck it. I don't care.' I mean, seriously. I've been judged my whole life anyways in one way or another.

"I was a fat kid when I was little, and then I lost a bunch of weight," he continued. "After that, with the pressure of us always trying to get on magazine covers and whatever back in the day, or MTV being so in the forefront, you had to keep this image. And I didn't wanna go back to being a fat kid. So that's how I dealt with it for five years. I've got one of those personalities where I can just stop at any time. So that brings it to, people say, 'Is that why you put on weight?', or, 'Your weight's gone up and down over the last few years.' And it's not. It's because of this autoimmune disease I have, and I have to take prednisone — it's the only thing that combats it. And I don't know if you know anything about prednisone, but it'll put 60 pounds on you in the blink of an eye. So you take that off, and you get just about feeling good again, and then you get another bout with the old autoimmune colitis, and you're back on the prednisone. So, for the last 20 years, it's been a roller-coaster ride with my autoimmune disease. But, look, I'm okay. I don't want no one to feel sorry for me. That's not why I wrote it in the book. I wrote it in the book purely to say, 'Look, if you're going through this, it's okay to talk about it, because maybe it'll help you.'"