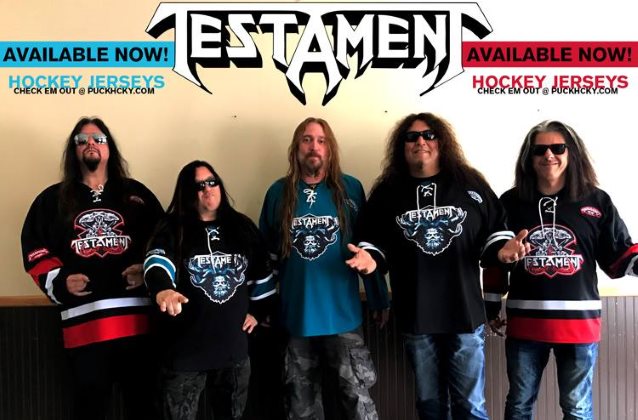 Puck Hcky — the custom hockey apparel brand making big moves in the music world — recently shook things up with the announcement of Snoop Dogg's Snoop X Puck: A Blazin Hot Collection. This month, Puck Hcky is going back to its heavy metal roots by signing on with two forefathers of thrash: TESTAMENT and OVERKILL!

The TESTAMENT line, dubbed "Brotherhood Of The Skate", features exclusive jerseys in San Jose colors (the band's favorite NHL team),as well as jerseys in colors from the first original NHL hockey teams. The OVERKILL "In Union We Skate" line features jerseys, hoodies and more! OVERKILL is Puck Hcky's very first East Coast thrash band, so it's only natural that the colors in the line reflect hockey teams from New York and New Jersey. And of course, several merchandise options come in the band's favorite color — green!

"We are so thrilled to announce our 'Brotherhood Of The Skate' collaboration with TESTAMENT and our 'In Union We Skate' collaboration with OVERKILL," says Matt Marini, CEO of Puck Hcky. "To add such legendary metal acts to our Puck Hcky roster is seriously a dream come true for us. We have been fans of both bands for decades, and the fact that each of them continue to crank out amazing albums and tours illustrates the staying power of quality thrash metal! Once we found out the guys in both TESTAMENT and OVERKILL were hockey fans, we knew we had to collaborate with them! We think the metal community around the world will love hitting the ice and street in what we have created."

Chuck Billy of TESTAMENT says: "TESTAMENT have teamed up with Puck Hcky to produce a collection of hockey jerseys for the fans! Our collaboration with Puck Hcky is cleverly named 'Brotherhood Of The Skate'. Playoffs are in full swing so get your TESTAMENT jersey and represent your team."

Bobby Blitz of OVERKILL says: "Metal and hockey, OVERKILL and Puck Hcky — sounds like someone is about to be checked into the boards! OVERKILL proudly announces a new signing, and that would be our 'In Union We Skate' partnership with Puck Hcky, where we will be presenting jerseys, hats and other fine gear fit for the ice and the pit! Metallic hockey street wear. So let's drop the puck and stand 'em up at the blue line... Ooooooooooh, now that's got to hurt!"

To order these and other Puck Hcky merchandise designs, visit www.puckhcky.com. 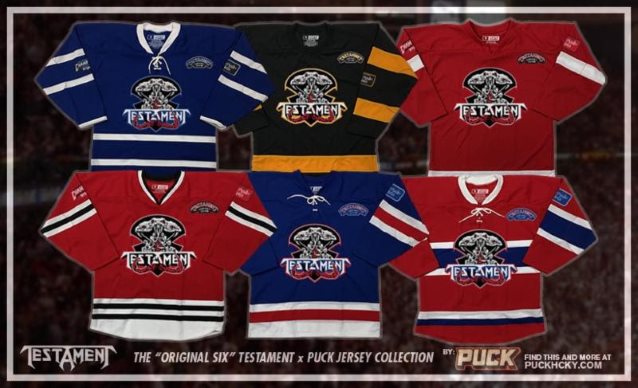 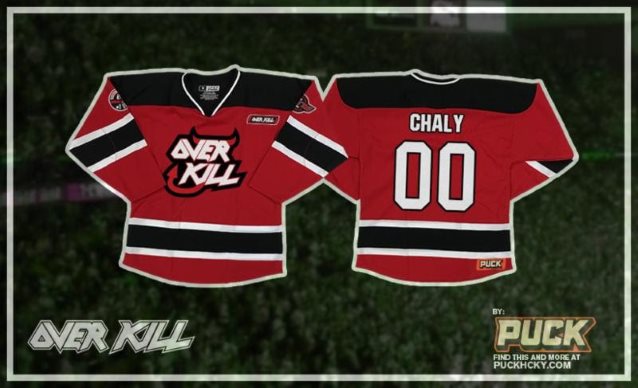 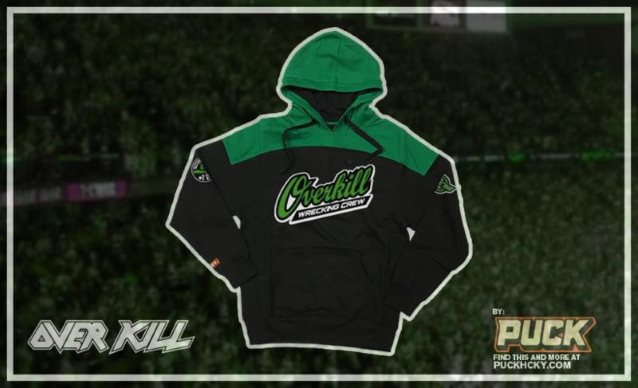 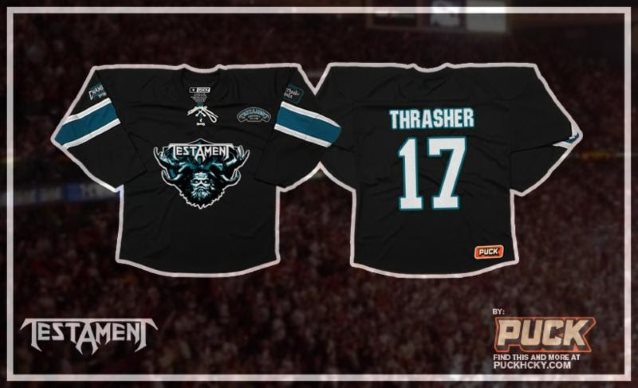 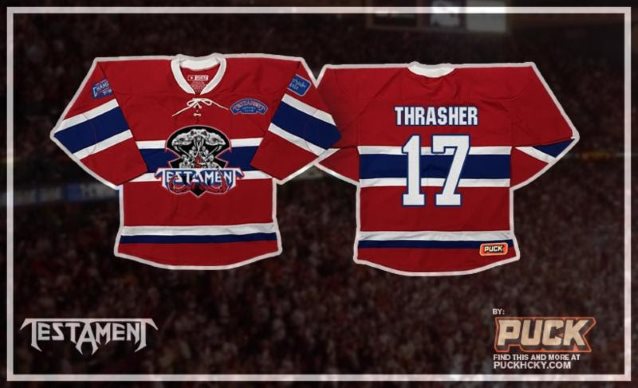