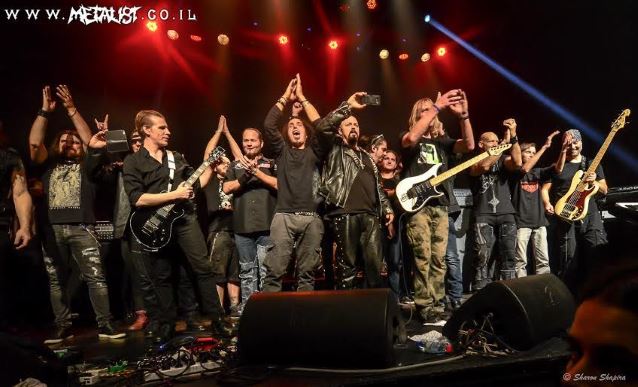 More than 20 international metal and hard rock artists performed at Israel's first-ever edition of Titans Of Metal festival, which took place on December 17 at Tel Aviv's Theatron Club. The show was held despite the activities of the pro-Palestinian Boycott, Divestment and Sanctions (BDS) movement, spearheaded by ex-PINK FLOYD member Roger Waters, which calls for the financial and cultural boycott of Israel for what BDS claims is mistreatment of the Palestinian population.

Patrick Losinsky, who owns Israel's Progstage Productions, the event's promoter, said: "Israel isn't a prefect state, and we have our own percentage of religious extremists, but the fact is the BDS movement fails to see this is not a black-and-white situation. The roadblocks it protests against have been built in the Palestinian areas because of 70 years of terror attacks on Israelis, and Gaza is under a naval blockade because the Hamas organization which rules it has been smuggling in huge amounts of rockets and weapons it uses to fire at Israeli cities — without any provocation."

He continued: "There should be peace, and extremists from both sides are an obstacle for peace, but the fact is the BDS is partly motivated by blind hate, and fails to understand the complexity of this. Instead of striving for a solution, they seem to think hatred and scare tactics will change anything here, not unlike the terrorists who think that violence, of any kind, can change things for the better. Above all that, metal is not about politics, it's about music. It's about musicians playing for their fans, and if anything, using their influence to call for a mutual understanding and unity, and not divestment, boycotts and one-sided hate.

"I thank each and every one of the artists involved who came here to play music, to share their gift with like-minded metalheads, in the audience were Jews, Muslims, Christians — from all over Israel, all music fans who came for the one thing that unites us all despite of all our differences — music."

Among the participating artists were:

The musicians played songs from their own current and previous bands, as well as covers of other rock and metal classics, in rotating lineups.

Among the 30 songs performed:

(first performance ever by DENNER/SHERMANN band) 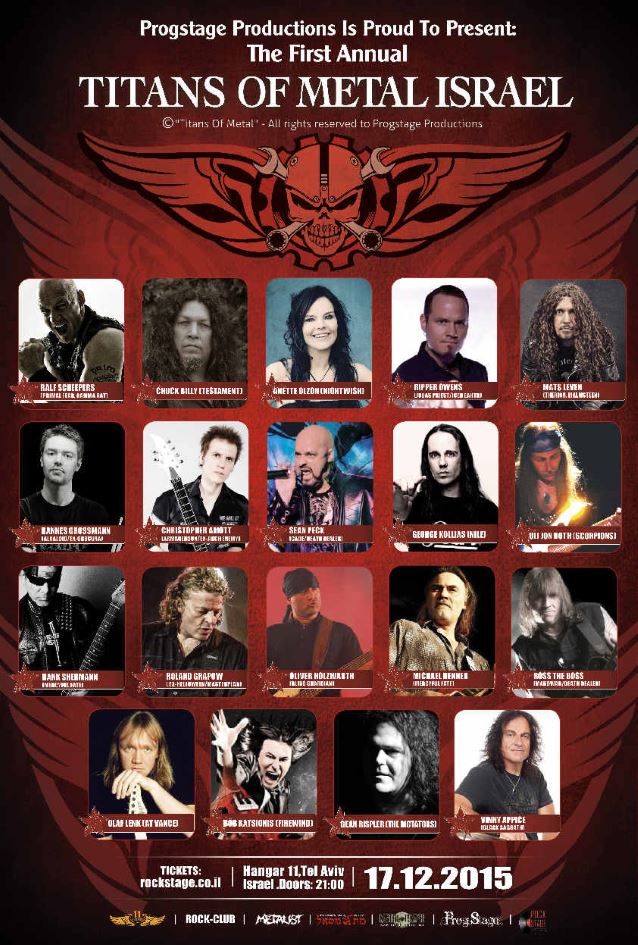