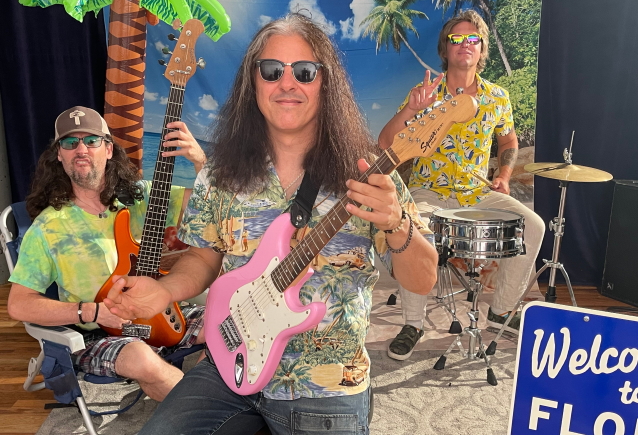 Skolnick, who emerged in the late 1980s as the teenage lead guitar virtuoso of San Francisco Bay Area thrash metal band TESTAMENT, has also made a name for himself in multiple genres, including jazz guitar with his trio, featuring drummer Matt Zebroski on and Nathan Peck on bass. This is the band's first full-fledged blues song, and their debut of Alex in the role of both lead vocalist and guitarist.

Directed by Adam Dubin, who helmed BEASTIE BOYS' legendary videos "Fight For Your Right To Party" and "No Sleep Till Brooklyn", "Florida Man Blues" could only be brought to life by Dave Hill as an alligator-carrying booze enthusiast, with cameos by Brian Posehn and Dean Delray (of the podcast "Dark Fonzie With Marc Maron"). In an homage to Adam Yauch, Alex smashes a TV.

"It gives me great pleasure to finally release this video," says Skolnick, who wrote "Florida Man Blues" in 2019, based on real news stories from the Sunshine State. "In the two years since we tracked this tune, so much has happened." Although he made news himself in 2020 for commenting on current events in written essays and even political rap tunes, here he casts politics aside with a song and video that is non-partisanly entertaining. "We can all use a good dose of solid blues and good humor during these times," Alex continues. "I'm grateful to everyone involved, from tracking to filming, especially Adam Dubin, who believed in this song and felt it deserved a video as big as, well… Florida."

Skolnick says: "The blues has always been a big component of my playing, across genres. In high school, BB King was on my turntable as much as VAN HALEN. And I've always loved the lyrical humor of folks like Junior Brown, Frank Zappa and early Tom Waits. 'Florida Man Blues' presented an opportunity to fully display these influences for the first time on a recording."

Recently, Dubin's music video for METALLICA's "Nothing Else Matters" topped one billion views on YouTube. Dubin quips: "I expect Alex's video to do half that number." 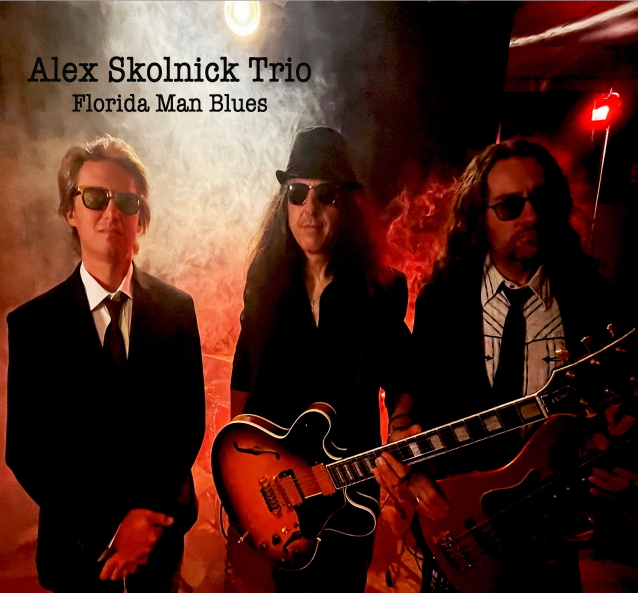