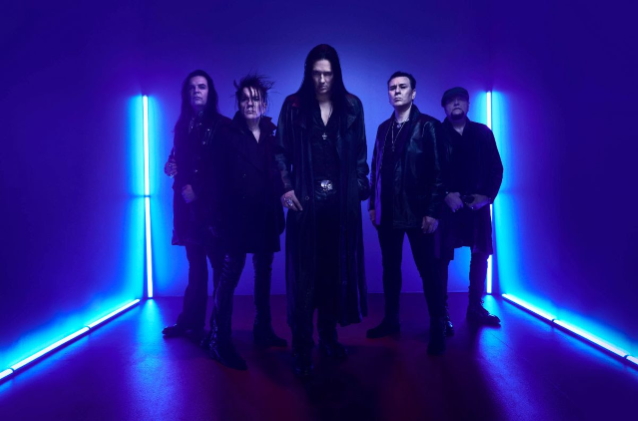 Helsinki, Finland "goth 'n' roll" pioneers THE 69 EYES have released "Drive", a catchy new single and the first of several new tracks to be made available in the next months. The band is currently in the studio recording its 13th album, to be released in 2023 via Atomic Fire Records (worldwide excluding Finland).

THE 69 EYES guitarist Bazie comments: "The inspiration came from the same pool of music I have always liked, mostly from the '80s.

"I never plan anything; just grab my guitar and see what comes up. We jammed a lot more as a band this time and came up with song ideas from all the guys. 'Drive' started from one little riff, which I had for a long time. It took a while, but it was worth it. It still sounds exciting, and that was the goal."

THE 69 EYES singer Jyrki 69 adds: "Bazie delivered this music, and I was blown away by how fresh it felt again. Sounded like some rock radio stuff.

"Our songs are on daily rotation on the rock channels here in Finland, but they are the ones that we did 15 years ago. So, I thought that we could have some fresh options now, let's take the airwaves!

"'Drive' is a traditional 69 EYES-sounding fast rocker with a Sunset Strip slap on it!"

The "Drive" music video was directed by Vicente Cordero and can be seen below.

THE 69 EYES will hit the road in Europe in November and December 2022, along with America's industrial pioneers MINISTRY and horror rockers WEDNESDAY 13.

THE 69 EYES has been haunting stages all over the world for 33 years and seem to be a truly immortal part of the dark rock/metal scene. Widely known as the Helsinki Vampires, the quintet gained several platinum albums with "Blessed Be" and "Paris Kills" and not only reached #1 of the single and album charts in their home country of Finland, but also plunged the world into a sinful cosmos of love, death and melancholy, while outliving any other band emerging from the goth hype of the early 2000s.

By developing their sound further into sleaze rock on "Devils" (2004) and "Angels" (2007) and not shying away from pitch black Elvis Presley allusions in Jyrki 69's dark voice and unique onstage dance moves, the band has established a worldwide following. Over the course of over three decades, the band has toured relentlessly throughout Europe, America, Asia and Australia and released 12 full-length studio albums. 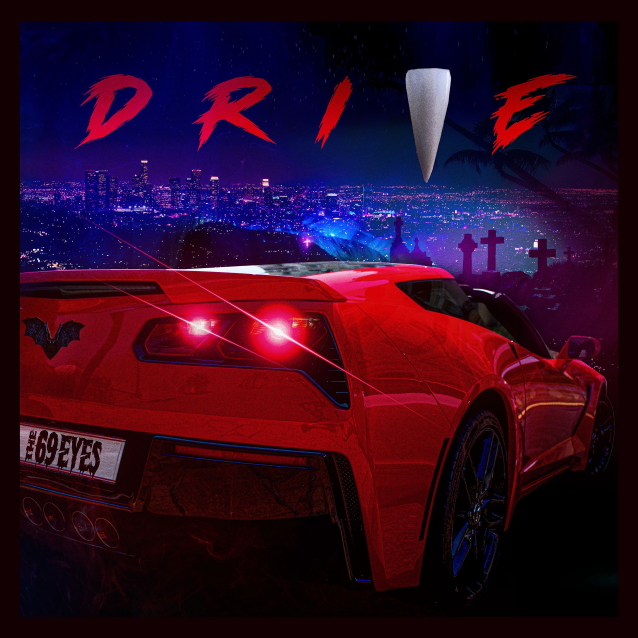