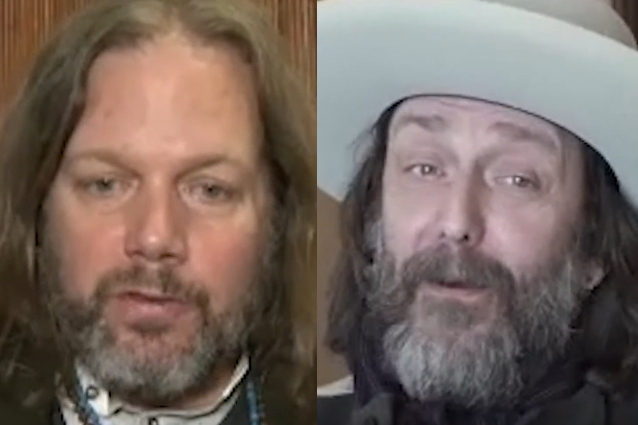 THE BLACK CROWES 'Virtual Town Hall' To Air On SiriusXM

On Monday, February 22 at 5 p.m. EST and PST, SiriusXM's Classic Rewind (channel 25) will air a Virtual Town Hall with THE BLACK CROWES to celebrate the release of the 30th-anniversary edition of "Shake Your Money Maker".

Brothers and band co-founders Chris and Rich Robinson will sit down with acclaimed journalist David Fricke and SiriusXM subscribers for a question-and-answer session, while playing back some of the music.

Check out a preview of the Virtual Town Hall below.

"Shake Your Money Maker" will be re-released in multi-formats sets on February 26 through UMe/American Recordings. The album, fueled by singles "Jealous Again", "Twice As Hard", "She Talks To Angels" and a cover of fellow Georgian Otis Redding's "Hard To Handle", has sold over five million copies.