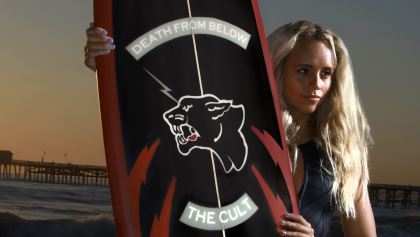 THE CULT: Limited-Edition 'Death From Below' Surfboard Available

To coincide with THE CULT's "Electric 13" world tour, the band has created an iconic limited-edition surfboard.

"[The 1979 American epic war film] 'Apocalypse Now' was a huge influence on the 'Electric' album," says THE CULT singer Ian Astbury. "Many of the songs such as 'Love Removal Machine' and 'Peace Dog' feature 'Apocalypse Now' influences.

"After seeing 'Apocalypse Now', I became fascinated with the subcultures that existed during the Vietnam War, especially the scenes that focused on Lieutenant Colonel Kilgore's (Robert Duvall) love of surfing and his iconic surfboard.

"Surfer culture during the Vietnam War has always been a great muse to me. The idea of a culture so free and expressive in the violent and oppressive environment of a war zone is such a great symbol of man's desire to master his environment and coexist with nature. The board had become an object of desire. I always wanted to own one. So we created the Death From Below / Surf Cult version."

"Death From Below" was conceived and designed by Ian Astbury and Sonya Koshuta, with board shaper Bob Davis (Carrozza Surf Boards). 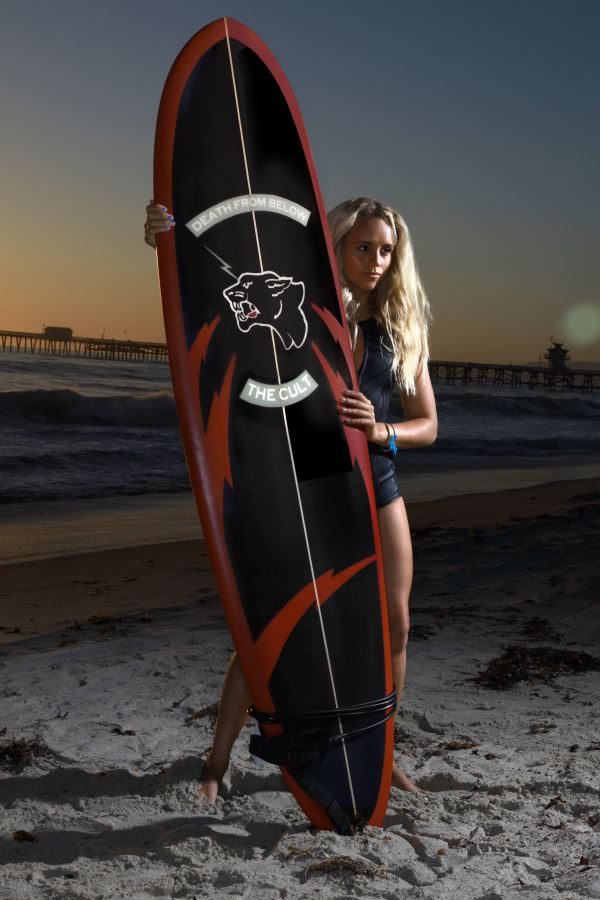