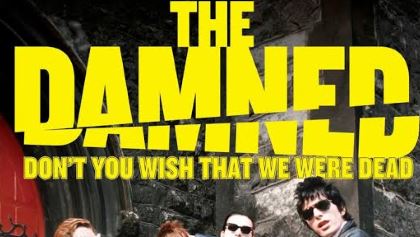 THE DAMNED: 'Don't You Wish That We Were Dead' Documentary To Receive European Premiere In London

"The Damned: Don't You Wish That We Were Dead", filmmaker Wes Orshoski's long-awaited documentary of British punk pioneers THE DAMNED, will receive its European premiere June 3 in London at the Prince Charles Cinema in Leicester Square.

The June 4 screening at the Arthouse in London's Crouch End will feature a question-and-answer session with Rat Scabies, while former DAMNED bassists Paul Gray and Bryn Merrick will appear in the post-film chat during the June 8 event at Chapter Arts in Cardiff. Brian James and current DAMNED keyboardist Monty Oxymoron will appear in question-and-answer sessions following the Brighton screenings on June 10 at Duke's at Komedia.

Director/producer Orshoski, who made his film debut with 2011's "Lemmy", will appear in post-film question-and-answer sessions at each screening through the June 13 stop in Glasgow.

For the current list of U.K. screenings, see below. Ticket details can be found at www.damneddoc.com.

Shot around the world over the past four years, "The Damned: Don't You Wish That We Were Dead" received its world premiere in March at the South By Southwest film and music festival in Austin, Texas.

The third prong in the holy trinity of English punk — alongside the SEX PISTOLS and THE CLASH — THE DAMNED beat both in the race to be the first to put punk on wax: THE DAMNED were the first U.K. punk band to release a single (1976's essential "New Rose") and album (1977's iconic "Damned Damned Damned") and they were the first to bring British punk to America, including a stop at New York's hallowed CBGB.

Weathering near fatal line-changes, THE DAMNED went on to record hits in the new wave era ("Love Song" and "Smash It Up") and registered a massive impact on the 1980s goth scene. THE DAMNED is one of the only surviving band's from punk's first wave.

"The Damned: Don't You Wish That We Were Dead" charts the band's unique history and bitter infighting; it captures the band in the midst of a 35th anniversary tour in 2011 which estranged former members Rat Scabies and Brian James answered with their own anniversary tour. Meanwhile other former members reunite in the unlikeliest of places — a Welsh cancer ward; elsewhere, members of BLACK FLAG, CIRCLE JERKS, MELVINS, T.S.O.L., BUZZCOCKS, ADVERTS and THE OFFSPRING detail THE DAMNED's role in setting fire to the dinosaur rock of the 1970s while sparking the punk movement in America.

"The Damned: Don't You Wish That We Were Dead" is longtime journalist/photographer Wes Orshoski's follow-up to 2011's "Lemmy", the award-winning portrait of MOTÖRHEAD legend Kilmister (which Orshoski co-directed/produced).

Orshoski will appear in post-film Q&As at every screening through June 13.

Synopsis: From "Lemmy" filmmaker Wes Orshoski comes the story of the long-ignored pioneers of punk: THE DAMNED, the first U.K. punks on wax and the first to cross the Atlantic. Shot around the globe over three years, "The Damned: Don't You Wish That We Were Dead" charts the band's complex history and infighting, as it celebrated its 35th anniversary and found its estranged former members striking out on their own anniversary tour, while still others battle cancer. 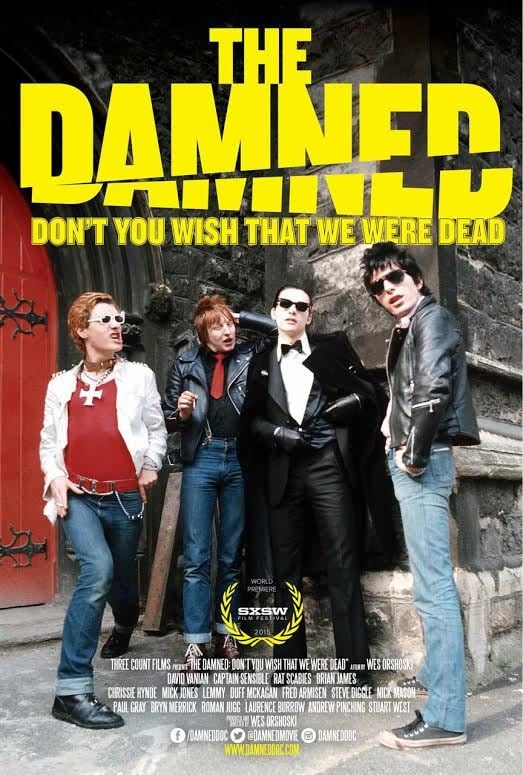 Find more on The damned