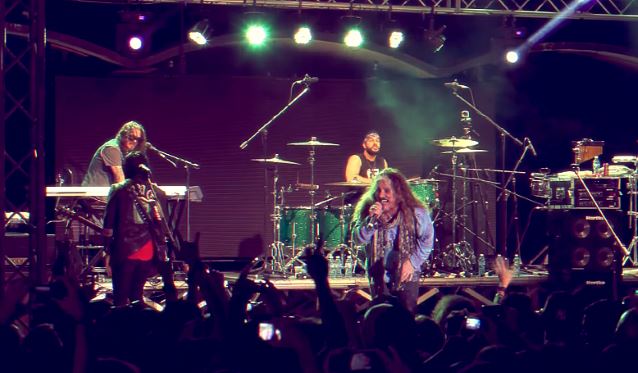 Back in February 2015, THE DEAD DAISIES got the chance to play some rock'n'roll in Cuba and it proved a revelation. The revelation became a revolution as the boys started conceiving their next album. The passion they'd experienced in Cuba was confirmation — the world needs to be reminded that classic rock is alive and kicking — and with the new album, THE DEAD DAISIES were going to deliver just that, a collection of classic rock, "Revolución".

The official video for the first track from the upcoming CD, "Midnight Moses" (originally by ALEX HARVEY BAND),with new singer John Corabi (MÖTLEY CRÜE, RATT) on vocals and featuring Cuban musician Yaimi Karell Lay on percussion, can be seen below.

"'Moses' is a song I've always wanted to do," says Corabi. "So with the trip to Cuba, we all thought it would be cool to have some of the local musicians participate. As it turned out, the middle break in Moses allowed us to have Yaimi Karell Lay do some congas, and I think she nailed it beautifully!!"

The DAISIES were in Havana for 10 days as guests of the Cuban Ministry of Culture, Cuban Institute of Music and the Cuban Rock Agency. A number of Cuban outlets covered the cultural exchange, where the DAISIES performed acoustic sessions for press and sold-out shows for fans, jammed with Cuban musicians, visited schools to give lessons and conducted workshops. Somewhere in there they even found time to record tracks for "Revolución" at Abdala recording studios with producer Ben Grosse (MARILYN MANSON, SEVENDUST),who accompanied them on the journey. Additional recording took place in Sydney, Australia at Studio 301, with tracks being produced by THE DEAD DAISIES and Craig Porteils (GUNS N' ROSES, BILLY IDOL).

The entire Cuban adventure is being made into a documentary as well. Also titled "Revolución", the doc was shot by Katarina Benzova and Cuban videographer Karel Renzoly Green and will be edited by filmmaker Kenn Michael and produced by music and film producer Danny Sabre. View the documentary trailer below.

THE DEAD DAISIES are thrilled to announce their return to Europe touring with KISS on their 40th-anniversary tour this summer.

THE DEAD DAISIES are a powerful musical collective created by a rotating lineup that features some of the world's best rock musicians. Influenced by '70s and early '80s hard rock, THE DAISIES' sound is soulful and accessible-equal parts THE FACES, BAD COMPANY and FOREIGNER: muscular vocals, bluesy riffs, big choruses, powerful melodies and strong hooks. Whether it was inspired by Elvis or THE BEATLES, LED ZEPPELIN or Jimi Hendrix, it always started with the music, and that's what THE DEAD DAISIES are all about. 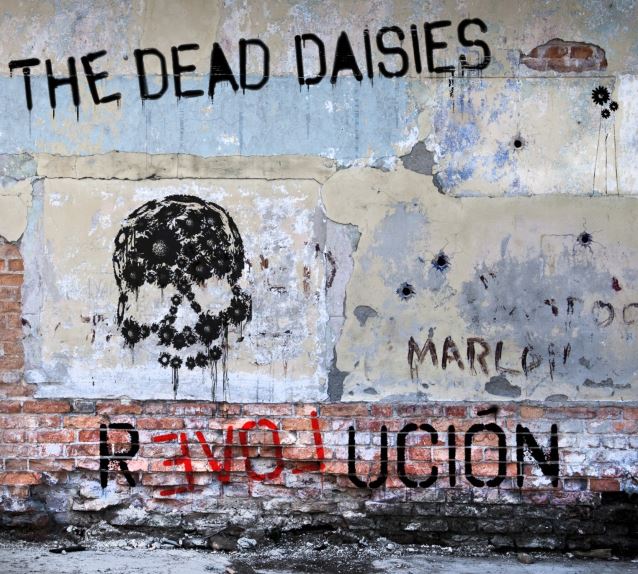