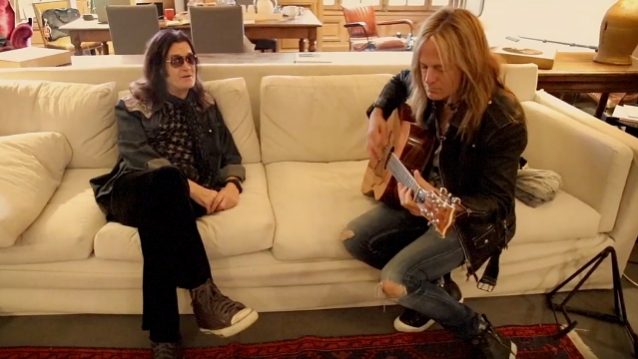 THE DEAD DAISIES In The Studio: Video Recap Of First Week

THE DEAD DAISIES — the hard rock "collective" founded by Australian musician and businessman David Lowy — has entered La Fabrique Studios in the south of France to record its as-yet-untitled new album.

A video recap of the first week in the studio can be seen below.

THE DEAD DAISIES — Lowy, Hughes, guitarist Doug Aldrich (WHITESNAKE, DIO) and drummer Deen Castronovo (JOURNEY, BAD ENGLISH) — recently recorded "Righteous Days" and an undisclosed number of other songs at Los Angeles's Sunset Sound studio for a new album expected to be released in 2020. It will serve as the follow-up to the group's fourth full-length release, 2018's "Burn It Down".