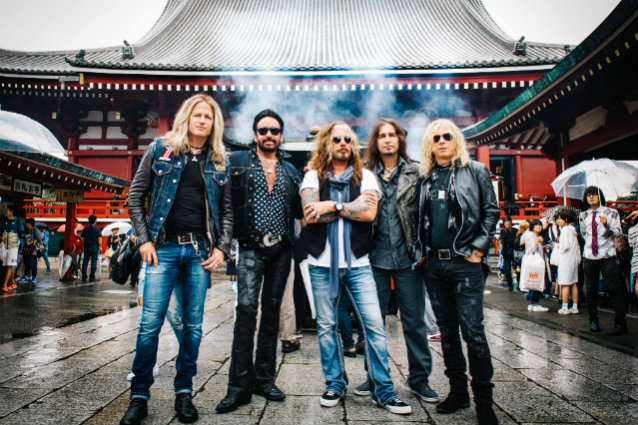 Anime style was something the band and management have loved for a long time and this was the perfect moment to try out that format. It is such a positive, funny and light-hearted rock story, it just seems like the right thing to release with all the dark things going on in the world. The lyrics of the song were the main inspiration for the video.

"In lieu of some of the psychotic and crazy women that I somehow managed to find and get involved with, writing the lyrics for this was quite easy!" said Corabi. "I've kinda realized that I'm 'that guy' that could walk into a nudist colony in a full-length fur coat and ski mask, and I would be the one that left with mosquito bites! That's my life with women — well, in the past anyway… hopefully!"

THE DEAD DAISIES are currently in New York writing music and are headed to Nashville straight after to begin recording their new album with Marti Frederiksen. They will be releasing new music and "rocking the planet" in 2018.