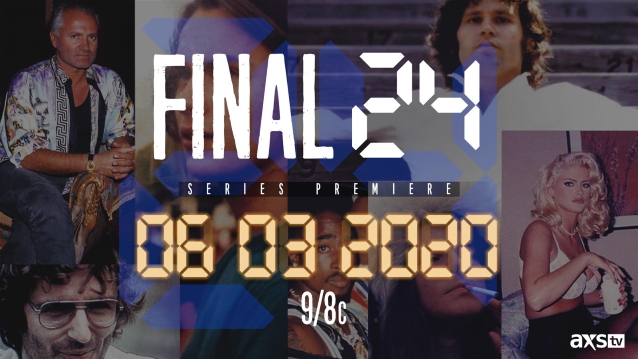 THE DOORS' JIM MORRISON Didn't Have An Autopsy. What Happened?

Next week's episode of the acclaimed celebrity docuseries "Final 24" will focus on THE DOORS frontman Jim Morrison.

Whether you call him Jim Morrison or The Lizard King, you know him as a rock and roll icon. He was a poet that wrote some of the most incredible lyrics of all time and fronted THE DOORS.

In 1971, Jim Morrison and his longtime girlfriend fell asleep after taking drugs, but woke up because Morrison was having trouble breathing. Instead of seeking medical attention, Morrison decided to take a bath and his girlfriend went back to bed. She found him at 8:30 a.m. on July 3, 1971, dead in the bathtub making him a member of the notorious "27 Club." He was buried within three days in the Poet's Corner of Paris' Pere Lachaise cemetery. His girlfriend died three years later of a heroin overdose.

Morrison's rebellious attitude and scandalous antics made him an icon in the world of rock and roll and, unfortunately, may have led to his untimely death. As no autopsy was performed, the exact cause of Morrison's death remains a mystery to this day. AXS TV attempts to solve the mystery on "Final 24" on Wednesday, July 1 at 9/8c. Watch a preview clip below.

Morrison was the main songwriter of THE DOORS, although every member contributed.

Last month, AXS TV announced that the network had acquired both seasons of "Final 24". The company acquired all 14 episodes of the hour-long series from Cineflix Rights.

Using crafted dramatizations blended with archive footage, "Final 24" takes viewers through the last hours of some of entertainment and culture's most iconic — and infamous — figures while also celebrating their lives and esteemed accomplishments. Examining glossed-over details, flawed rationale, and surrounding events, the series seeks to shine a light on 14 deaths which shook the nation and left an indelible mark both on pop culture and history. From murder and suicide, to overdose and malfunction, "Final 24" provides unflinching details and in-depth analysis to help better understand the thoughts, feelings, and actions experienced by each of the docuseries' unique subjects.