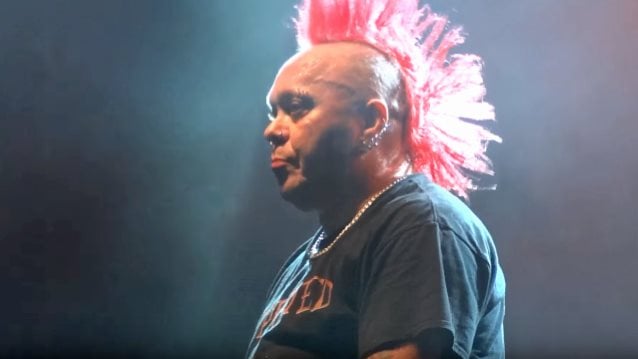 Singer Wattie Buchan of British punk legends THE EXPLOITED was taken to hospital on Friday, April 7 in Belgium while the band was on tour in Europe wih THE CASUALTIES and CODE RED.

According to a post on THE EXPLOITED Facebook page: "[Wattie] has a very serious heart condition and almost died.

"He wanted to thank all the fans at last [Friday night's] show and who turned up to support him and the band.

"Wattie would like us to continue the tour without him.

"We will still be playing our set with guest vocalists from THE CASUALTIES and others."

Wattie underwent a quadruple heart bypass surgery in 2014 after suffering a heart attack onstage. He was back on the road within a year. The singer told I Probably Hate Your Band in a December 2015 interview: "I thought I wouldn't be able to do gigs anymore, so I'm just glad I can still do gigs." He later told Tattoo.com about his heart procedure, "They cut my leg went right through my tattoo and put it back together," and added: "The most important thing in life is your health. If you don't have your health, you don't have fuck-all."

Founded in 1980 in Edinburgh by Buchan, THE EXPLOITED's last studio album, "Fuck The System", came out in 2003.

Just to let you guys know that Wattie was taken to hospital yesterday in Belgium.
He has a very serious heart condition...

Posted by The Exploited on Saturday, April 8, 2017 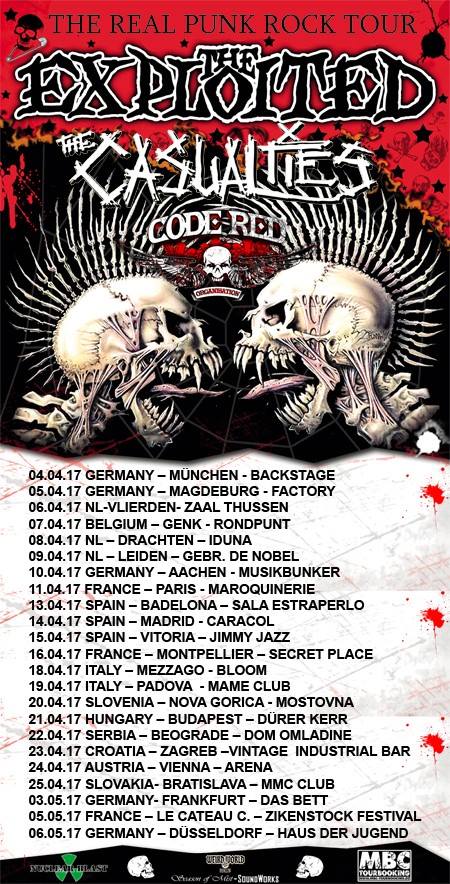