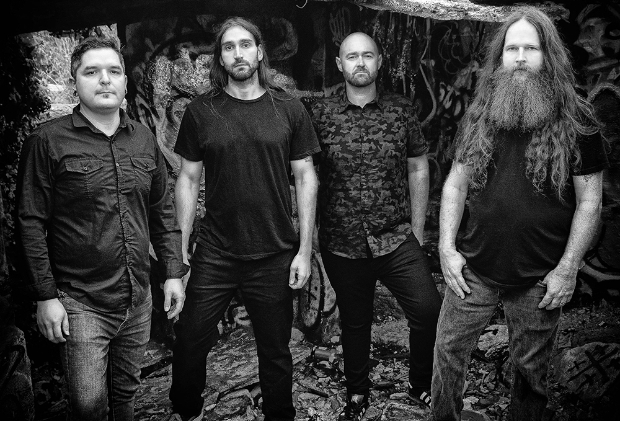 THE GHOST NEXT DOOR Feat. Ex-SKINLAB Guitarist GARY WENDT: 'A Feast For The Sixth Sense' Album Due Next Year

Ripple Music has announced the signing of veteran Bay Area metallers THE GHOST NEXT DOOR. The band's new album, "A Feast For The Sixth Sense", will be released in early 2019 on deluxe vinyl, CD and digital.

Living in a new home in Berkeley, California, singer/guitarist Gary Wendt, a former student of guitar legend Joe Satriani, found an abandoned acoustic and began toying with the idea of a new band.

Unexpectedly, the name came first, when he learned he was living next to a supposedly haunted house where a glowing orb was rumored to roam during the night.

The new band, with no members and no music yet, had a name: THE GHOST NEXT DOOR.

Gary grew up in the infamous Bay Area music scene as a founding member of crossover legends SACRILEGE B.C. and alt-metal champions RELEASE. He spent a year recording and touring with SKINLAB before embarking on the development of his own musical vehicle.

Emerging from the desire to marry the dark melancholy of '80s/'90s alternative with the aggression and drive of Bay Area metal, THE GHOST NEXT DOOR blends styles and influences from punk to jazz, progressive to sadcore, and modern rock to thrash into meter-bending, riff-driven heaviness fueled by abrasively honest lyrics.

Following the release of their 2015 debut on Belgium's Mausoleum Records to critical worldwide response, the band set to work on their follow-up album, now set for release in early 2019 on Ripple Music.

THE GHOST NEXT DOOR gigs tirelessly out of a compulsion to create and perform their expressive take on modern metal. Gary has also been a featured artist in the "Rob Flynn And Friends" performance series, along with members of METALLICA, SLAYER, EXODUS, TESTAMENT, DEATH ANGEL and MACHINE HEAD.

Of the band and forthcoming record, Gary says: "We're not interested in trends. A song is born from a single idea, but always mixed with some alternative sensibilities. Fusion, extreme, shoegaze, thrash we write the unexpected."

THE GHOST NEXT DOOR is: 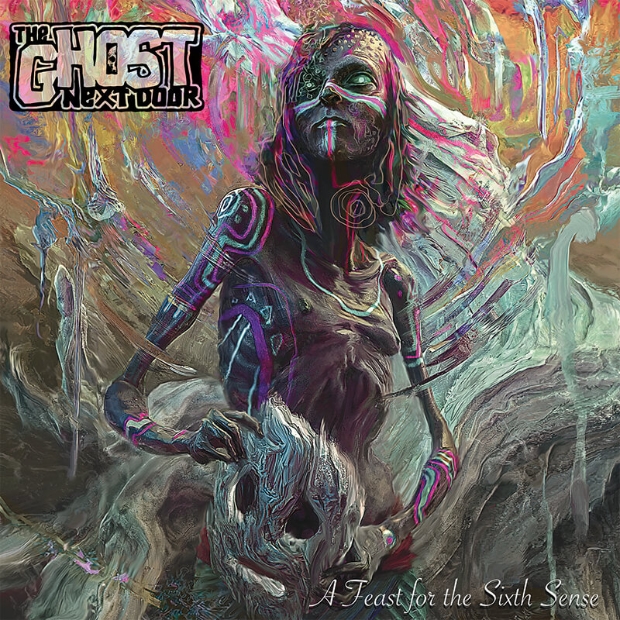