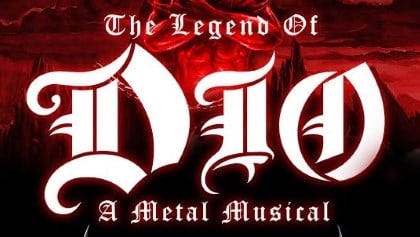 'The Legend Of Dio: A Metal Musical' To Premiere In March

Sound Chaser Productions has announced the world premiere of what they are calling "the world's first heavy metal musical," "The Legend Of Dio: A Metal Musical".

The official press release reads: "The world's legions of Ronnie James Dio fans will soon have something to celebrate after mourning the passing of the great metal singer in 2010.

"'The Legend Of Dio: A Metal Musical', featuring the songs of DIO, BLACK SABBATH and RAINBOW and starring Melbourne metal warriors BARBARIÖN, will have its world premiere at The Corner Hotel in Richmond (Victoria, Australia) on Friday, March 6th.

"A fictional comedy based on Dio's music, lyrics and imagery, 'The Legend Of Dio' is equal parts TENACIOUS D, 'Rock Of Ages' and Shakespeare. So come, raise your devil horns and salute a true metal legend. 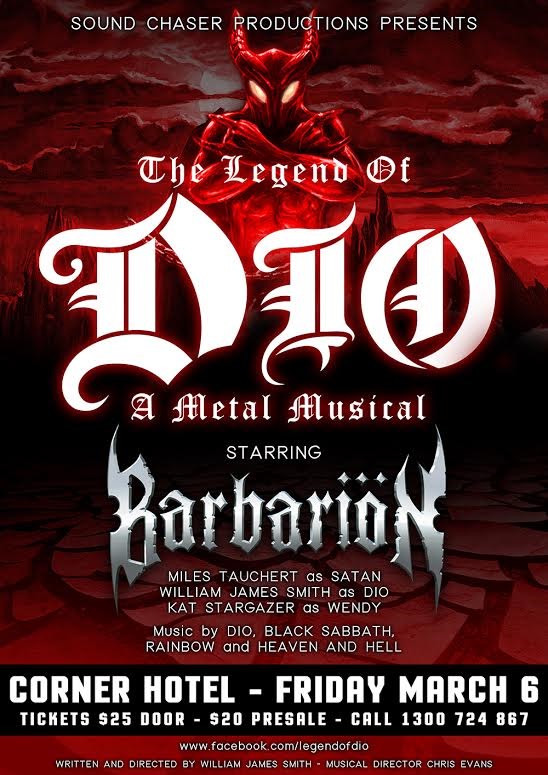