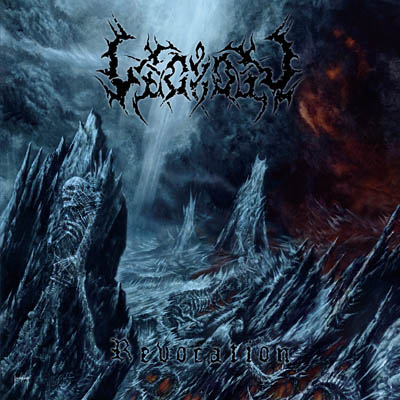 Swedish black/death metallers THE LEGION, featuring current MARDUK drummer Emil Dragutinovic, have uploaded a new song, entitled "Horror Vacui", at this location (MP3, 8.5 MB). The track comes off the group's sophomore album, tentatively due in late January via France's Listenable Records. The artwork was once again designed by Kris Verwimp (MARDUK, ABSU, IMMORTAL),who had previously worked with the group on their debut album, "Unseen to Creation".

THE LEGION's debut album, "Unseen to Creation" was released in October 2003 through Listenable. The CD was recorded at Abyss Studios with producer Tommy Tägtgren and features "ten songs of complex and eclectic black/death metal, ranging in style from MORBID ANGEL to SETHERIAL."