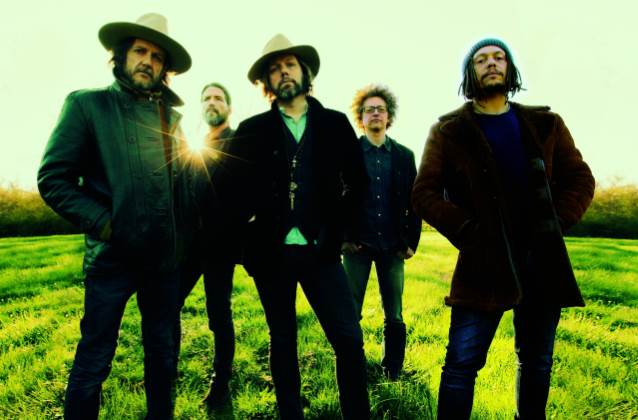 THE MAGPIE SALUTE, which brings together the reunited guitar team of Rich Robinson and Marc Ford from THE BLACK CROWES, bassist Sven Pipien (also from the CROWES) along with lead singer John Hogg (HOOKAH BROWN, MOKE),drummer Joe Magistro and guitarist Nico Bereciartua, will release its debut album, "High Water I", on August 10. It is the follow-up to last year's "The Magpie Salute (Live)", which was largely recorded in front of a studio audience in Woodstock, New York.

The second single from "High Water I", a song called "For The Wind", can be streamed below.

Robinson stated about the track: "'For The Wind' is a song that took a long way around to come to fruition. I wrote it years ago and it took the right band to do it justice. Now it has a great home with MAGPIE."

Hogg said about the lyrics: "It's like this person can see that every terrible thing in his world has been reversed, defeated and left behind. It's not hopeful or expectant, it's more than that... a full-on realization described by one of the victors."

Pulled together by Robinson, THE MAGPIE SALUTE continued a storyline he began in the BLACK CROWES with Ford and Pipien. Meanwhile, Hogg shared HOOKAH BROWN with Robinson as keyboardist Matt Slocum and Magistro both joined him for solo records and tours over the years.

Now, these six individuals conjure magic on their full-length debut of original material, "High Water I" (Mascot/Eagle Rock),for 2018, with "High Water II" to come in 2019. 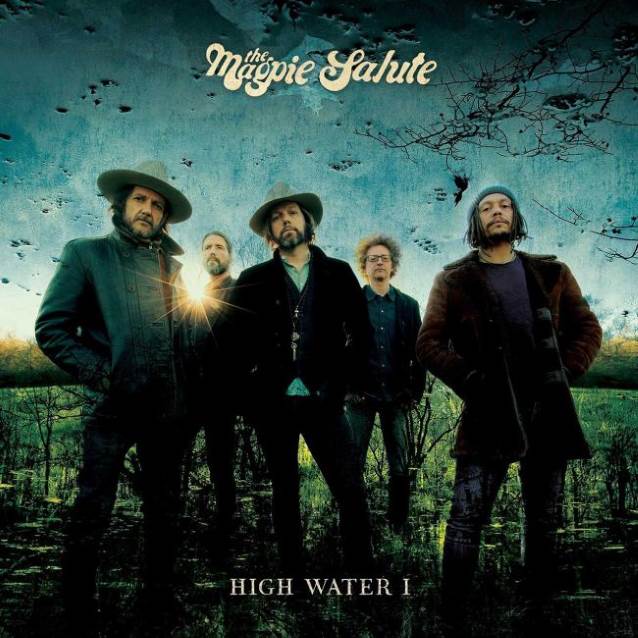