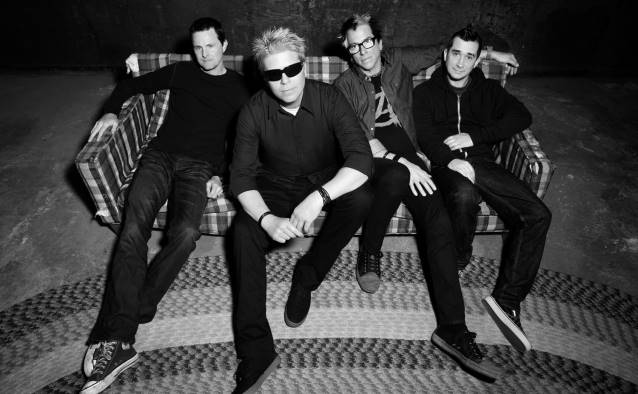 THE OFFSPRING Members Were 'Uncomfortable' With Success Of 'Smash'

According to The Pulse Of Radio, the members of THE OFFSPRING admitted in a new interview with England's TeamRock Radio over the weekend that the massive success of the band's 1994 breakthrough album, "Smash", left the punk rock act feeling "a little uncomfortable." Frontman Dexter Holland said, "We were fans of bands who came before us, and we tried to make the best album we could. It really caught on, and we're super-grateful for that. We're very proud it was an independent record that made it big — that was a pretty rare thing."

"Smash" was THE OFFSPRING's third album and is often credited, along with GREEN DAY's "Dookie", with the commercial resurgence and success of punk rock in the mid-'90s.

Holland told The Pulse Of Radio a while back, however, that THE OFFSPRING was never satisfied with sticking just to punk. "I love that sound, and that's what inspired me to start a band and that's what saved my life, but I've always just kind of gotten bored, you know, if that's all we do," he said. "So I've always tried to stretch it a little bit, even back to our first record, 'Ignition', which had a song called 'Dirty Magic', which was different for us and stuff. But always tried to mix it up, kinda just to keep it interesting. It's a great feeling to feel like, creatively, we can kind of go wherever we want."

THE OFFSPRING guitarist Noodles added that the success of "Smash" at the time of its release was overshadowed by other events such as the death of NIRVANA's Kurt Cobain. Noodles recalled, "I think they found his body the day our record came out… The RAMONES were still alive and playing shows, and not getting the respect or the listenership at the time that we were. That was just weird to us; that was wrong. But at least the RAMONES were still around. We lost Cobain but we still had the RAMONES."

THE OFFSPRING are touring Europe through mid-July but will return home in time to headline the Summer Nationals trek, beginning on July 29 in Pittsburgh.

The band is playing "Smash" from front to back on many of this summer's shows.

"Smash" has sold more than six million copies in the U.S. alone and 11 million worldwide. It remains the best-selling independent label album of all time.

A 20th-anniversary remastered edition of the album will be released this August by Epitaph on both CD and 180-gram vinyl, as well as in a special "collector's box." 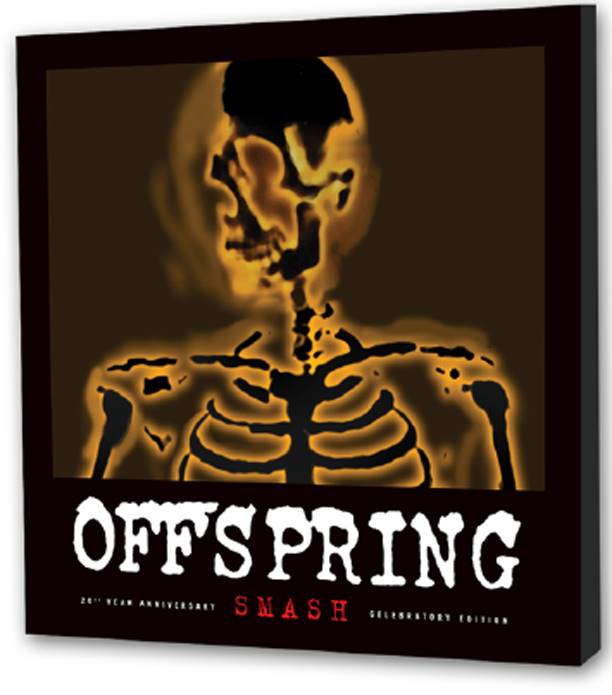