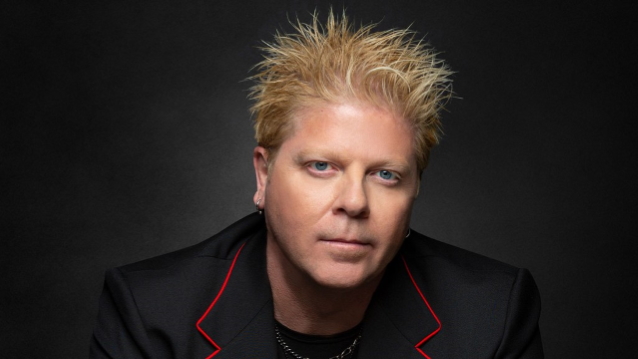 THE OFFSPRING's DEXTER HOLLAND: 'We're Not Gonna Get Back To Normal Until People Get Vaccinated'

THE OFFSPRING singer Bryan "Dexter" Holland spoke to Tom Power, host of "Q" on Canada's CBC Radio One, about his band's decision to encourage fans to receive their COVID-19 vaccines by reworking the chorus of their 1994 classic "Come Out And Play" to say "you gotta go get vaccinated." The new version of the song was shared in March on THE OFFSPRING's Instagram, featuring a snippet from the song's music video with the reworked lyrics.

Holland said (as transcribed by BLABBERMOUTH.NET): "I went to school for this. I feel like I have a little bit of a background in it, and I do think it's a good idea [to get the COVID-19 vaccine]. And whatever you think about all this, the truth is that we're not gonna get back to normal until people get vaccinated; that's just the reality of it. So why don't we just get this done with so that we can all go to shows again and do the things that we love to do. That was kind of the reasoning behind it. And I do feel like it's the right thing to do. I felt strongly enough to put this out."

Although the COVID-19 vaccine was produced quickly because of the urgency of the health crisis and the number of clinical trial volunteers, Holland says the vaccine was not rushed, and it relies on years of research.

Holland has a Ph.D. in molecular biology and wrote his thesis on microRNA in HIV genomes. The 175-page research paper, titled "Identification of Human MicroRNA-Like Sequences Embedded within the Protein-Encoding Genes of the Human Immunodeficiency Virus", had been published in PLoS One. Holland had received his Ph.D. from University of Southern California in 2017.

Released in 1994, "Come Out And Play" was THE OFFSPRING's alternative radio and MTV breakthrough hit, kicking off a mid-to-late nineties streak of success, including albums "Smash", "Ixnay On The Hombre" and "Americana", which have helped the band shift more than 17 million albums to date, per MRC Data.