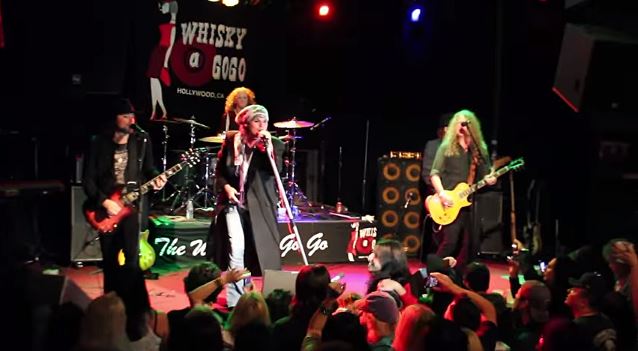 Locked away for a week in the Swedish outpost of Klippan, THE QUIREBOYS couldn't have imagined what would emerge from the most intensive recording process of their careers.

"It was the bleakest place I've ever seen," said guitarist Paul Guerin, following his stay in the town whose name translates as Cliff's Edge. "I felt like I was in the Big Brother house," added Spike. "I never stepped out of the studio — not once. We could have gone stir crazy but we came out of there with a record we never knew was possible."

Inspired by the success of 2009's critically acclaimed acoustic album "Halfpenny Dancer", the band entered Lemon Studios fully intending to repeat that winning formula. However, an Aladdin's Cave of intriguing instruments and eerie samples inspired THE QUIREBOYS to push the boundaries and shift the focus.

"The plan was always to record some new acoustic songs and rework some originals," added Spike. "But the plan changed. There was something about that place — the vibe got better and better and we just went with the flow."

Spike, Paul Guerin, Guy Griffin (guitar) and Keith Weir (keyboards) flew home with 10 new songs and a brand new sound. Fans can hear the fruits of THE QUIREBOYS' labors this spring when "St Cecilia And The Gypsy Soul" is released as part of a luxurious 4CD set — featuring buried treasure and bonus cuts.

"This side of the band needs to heard," added Spike. "And we'll be taking the new music out on the road with our most intimate tour yet."

The new album's title might hark back to THE QUIREBOYS' rootsy legacy but the quality of its music reaffirms a desire to break new ground and grow their sound.

"St Cecilia And The Gypsy Soul" is released worldwide via Off Yer Rocka on March 30 but will be preceded by the March 16 release of the "Gracie B" EP, which features four bonus tracks and a lyric video. 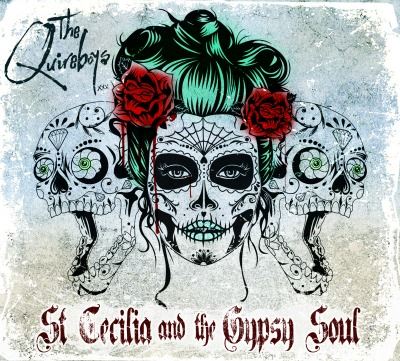