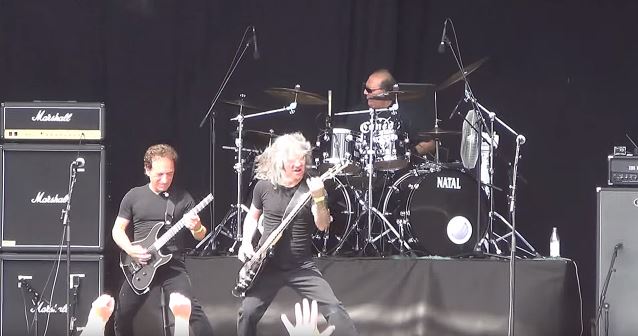 Veteran New York heavy metal power trio THE RODS has re-recorded the song "Crank It Up" — which originally appeared on the band's 1981 self-titled album — as part of the LP's upcoming 35th-anniversary celebration.

The re-recorded track is available for purchase via iTunes, Amazon and CD Baby.

THE RODS guitarist David "Rock" Feinstein comments: "'Crank It Up'. What more is there to say? It's kind of been our 'motto' since day one. Thirty-five years later, we are still slamming our audiences with great powerful music. It's amazing to see all the different generations singing along to this classic RODS 'anthem.' Call it 'rock 'n' roll,' or call it 'heavy metal,' it's meant to be played loud with a passion, and that's what we have done for thirty-five years."

Adds THE RODS drummer/producer Carl Canedy: "We felt re-recording our very first single, 'Crank it Up', would be a fitting way to commemorate our 35 years together. Originally we'd pressed a few hundred 45s and sent them off to radio stations and record companies without much hope of getting any response. I'll never forget how thrilled I was when I contacted the DJ at a Rochester, New York radio station, asking if he'd received our song and what he thought of it. His response was, 'Yeah, we received it, and 'Crank it Up' sounds great on air!' I was floored. It was the first time we'd received any recognition for our music. 35 years later, I still love playing the song and the fans still seem to love hearing it."

Says THE RODS bassist Garry Bordonaro: "Re-recording THE RODS' most recognized early release seemed like an obvious way to celebrate having survived 35 years, almost a miracle! We wanted to show that we still have the same energy and dedication to our fans we had in the beginning. They deserve it after the faith they have shown in us!"

THE RODS' early years saw them open up for JUDAS PRIEST, MOTÖRHEAD, KROKUS, OZZY OSBOURNE, RAINBOW, FOGHAT, as well as play alonside VIRGIN STEELE, EXCITER, DEF LEPPARD, a then-rising new band called METALLICA and get selected by IRON MAIDEN to support the British heavy metal legends on their legendary "The Number Of The Beast" U.K. tour. 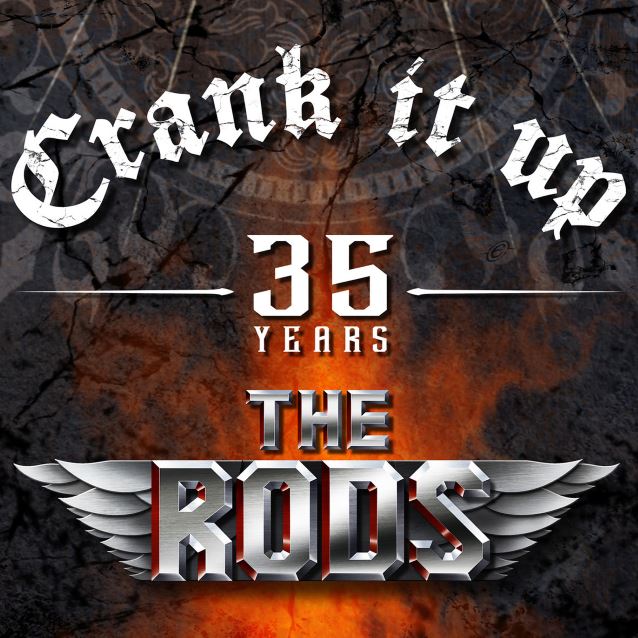