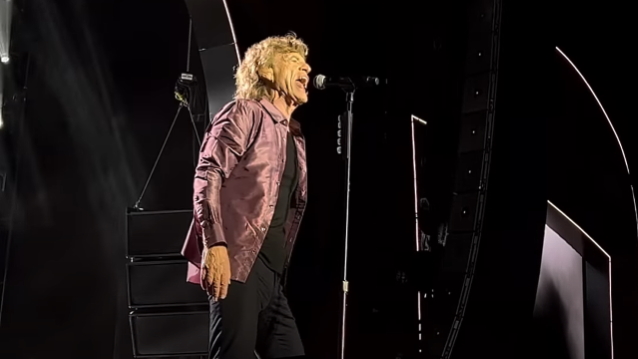 THE ROLLING STONES have postponed another European tour date while frontman Mick Jagger is recovering from COVID-19 symptoms.

The legendary rockers' scheduled concert this Friday night (June 17) at Wankdorf Stadium in the Swiss capital Bern "will be rescheduled for a later date," the band said in a statement.

THE ROLLING STONES are "deeply sorry for this postponement, but the safety of the audience, fellow musicians and the touring crew has to take priority," the statement added.

Jagger and his bandmates expect to resume their tour next Tuesday (June 21) at the San Siro Stadium in Milan, Italy.

THE ROLLING STONES kicked off their "Sixty" tour on June 1 at Wanda Metropolitano in Madrid, Spain. The concert featured the band's first performance of the 1966 tune "Out Of Time".

The first leg of the "Sixty" trek, was scheduled to feature 14 concerts in 13 European cities, including a pair of concerts in London's Hyde Park on June 25 and July 3. The tour will end on July 31 in Stockholm, Sweden.

According to a press release that announced the outing, the "Sixty" tour features "a spectacular new production, including a massive stage, cutting-edge lighting and state-of-the-art video design."

Jordan previously stepped in for Watts on the band's 2021 "No Filter" tour of the U.S. after Charlie's death last August.