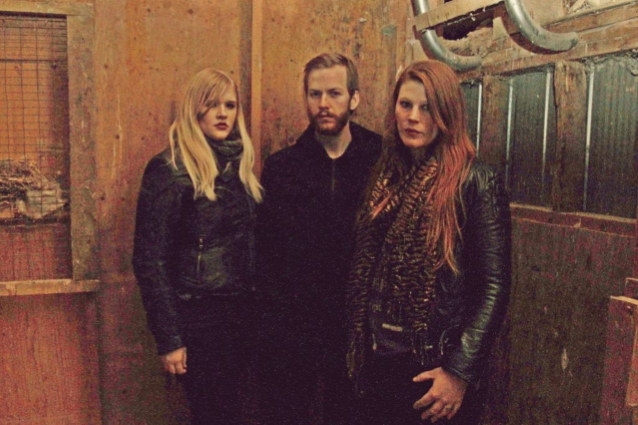 THE WHITE SWAN Feat. KITTIE's MERCEDES LANDER: Lyric Video For Cover Of TRACY BONHAM's 'Tell It To The Sky'

London, Ontario, Canada-based atmospheric sludge rock unit THE WHITE SWAN, spearheaded by KITTIE's Mercedes Lander, will release its new EP, "Nocturnal Transmission", on September 18. The effort contains four tracks, including a moving cover of Tracy Bonham's "Tell It To The Sky", the lyric video for which can be seen below.

Lander comments: "I've always thought that 'Tell It To The Sky' was a fantastically well-written song.

"I always try to really think outside the box when it comes to choosing covers and I tend to pick songs that you wouldn't expect a band like THE WHITE SWAN to cover. Tracy Bonham's 'The Burdens Of Being Upright' was released the same year I started playing drums and started my first band and this was my favorite song from that record when it was released. I did my best to capture the soaring vocal melodies and we added some layered EBow for the verses which creates a bit of a darker vibe from the original."

In December 2019, the trio — Lander with Kira Longeuay and Shane Jeffers (BLOODMOON COLLECTIVE) — recorded what can only be described as three love songs (as well as "Tell It To The Sky"). Lander penned lyrics that chronicle the joy, desire, longing, and eventual feeling of completeness that comes with a romantic relationship. From the night drives through the snow in the early days, right through to the handcrafted guitar built as a wedding gift from her now husband, the intricacies of true love permeate every moment of "Nocturnal Transmission".

Reprising a longtime creative relationship with producer Siegfried Meier, Lander felt both at home and re-energized by the familiarity and collaborative nature of their work. Recording took just two days, retaining many of the hallmarks of THE WHITE SWAN's earlier output, but adding a slightly polished sheen to the proceedings. With vocal layering and touches of psychedelic synths adding textural elements to the songs, the result is an enveloping experience of fuzzed out guitars and molasses-like melody. Describing "Nocturnal Transmission" as a "turning point" for the band, the album art by collage artist Caitlyn Grabenstein reflects the feeling of standing on the precipice, staring into the unknown. Acknowledging that there will always be a constant sound to THE WHITE SWAN, Lander states that their main intention is to "grow and grow." With an ever-developing sound and a solid combination of creative musicians in their ranks, "Nocturnal Transmission" is the latest in what is sure to be an ever-expanding back catalog of triumphs.

"Nocturnal Transmission" will be released digitally and on limited edition vinyl via War Crime Recordings. 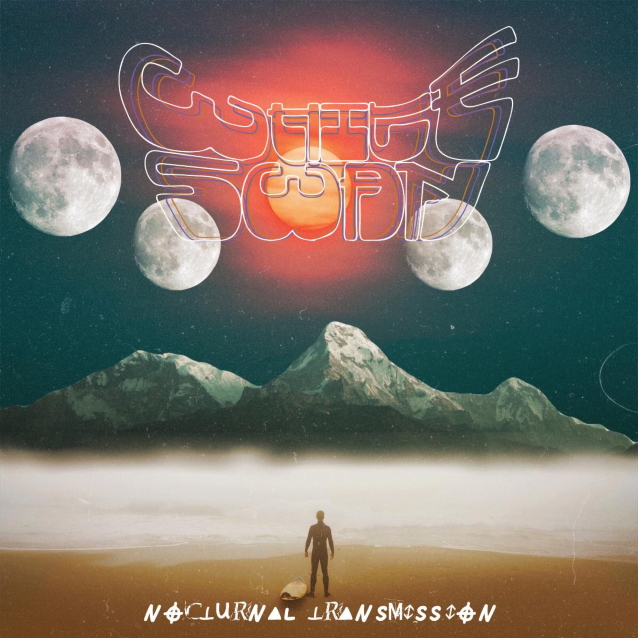