THE WHO Announces Rescheduled U.K. And Ireland Tour Dates

Legendary rockers THE WHO have announced the rescheduled dates for their U.K. and Ireland tour.

The band postponed the trek, which was scheduled to start on March 16 in Manchester at the Manchester Arena and conclude on April 8 at Wembley SSE Arena, due to the developing coronavirus situation.

Singer Roger Daltrey told fans last week that the concerts "may be the last time we do a tour of this type, so keep those tickets, as the shows will be fantastic."

Guitarist Pete Townshend said he and his bandmates "haven't reached this decision easily, but given the concerns about public gatherings, we couldn't go ahead." He added that "if one fan caught coronavirus at a WHO concert, it would be one too many."

All tickets for the original dates remain valid.

Unfortunately, THE WHO will be unable to appear at the Royal Albert Hall on March 28 as part of the annual Teenage Cancer Trust shows, but intends to reschedule that show also, with more news to follow.

The World Health Organization (WHO) officially declared the spread of the new coronavirus, which began in China in late December, a pandemic on March 11. More than 200,000 cases have been reported worldwide and more than 8,000 deaths so far, putting public health systems and emergency services under immense pressure. 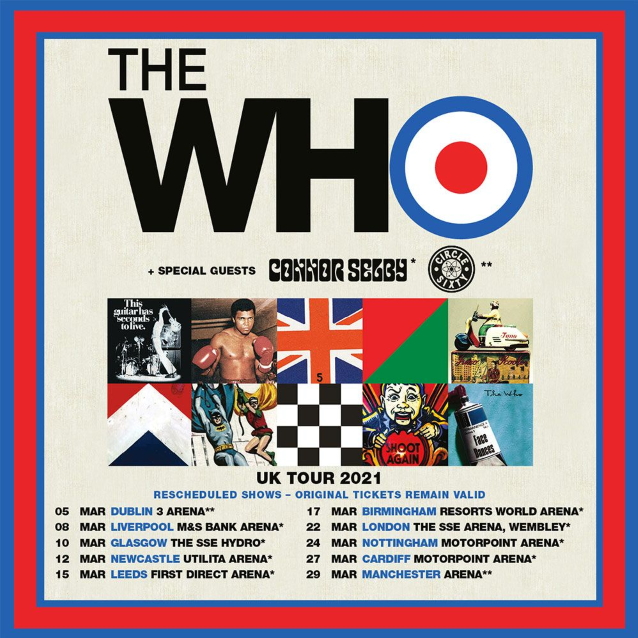