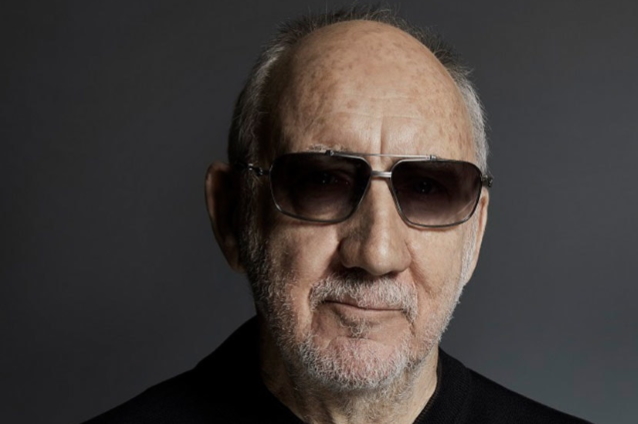 THE WHO's PETE TOWNSHEND On KEITH MOON And JOHN ENTWISTLE: 'Thank God They're Gone'

THE WHO guitarist Pete Townshend has said in a new interview with Rolling Stone that he doesn't miss the band's late drummer Keith Moon and bassist John Entwistle.

"It's not going to make WHO fans very happy, but thank God they're gone," he said. "Because they were fucking difficult to play with. They never, ever managed to create bands for themselves. I think my musical discipline, my musical efficiency as a rhythm player, held the band together."

Townshend said Entwistle's "bass sound was like a Messiaen organ," with "every note, every harmonic in the sky. When he passed away and I did the first few shows without him, with Pino [Palladino] on bass, he was playing without all that stuff … I said, 'Wow, I have a job.'"

The guitarist was equally brutal in his recollection of Moon, saying: "With Keith, my job was keeping time, because he didn't do that. So when he passed away, it was, like, 'Oh, I don't have to keep time anymore.'"

Moon was 32 years old when he died in 1978 from an overdose of clomethiazole, while while Entwistle passed away at 57 from a cocaine-induced heart attack in 2002.

In the Rolling Stone article, Townshend and singer Roger Daltrey are described as "detached, if not estranged, from each other," with the two giving interviews separately and staying in different hotels.

"If you watch Roger onstage, he goes through a lot of visual phases," said Townshend. "Sometimes, he can't stop himself looking over at me. It's irritation. It's irritation that I'm even there."

Toward the end of the interview, Townshend summed up THE WHO in the following way: "We're not a band anymore. There's a lot of people who don't like it when I say it, but we're just not a fucking band. Even when we were, I used to sit there thinking, 'This is a fucking waste of time. Take 26 because Keith Moon has had one glass of brandy too many.'"

THE WHO will release a new album, simply called "Who", on December 6.