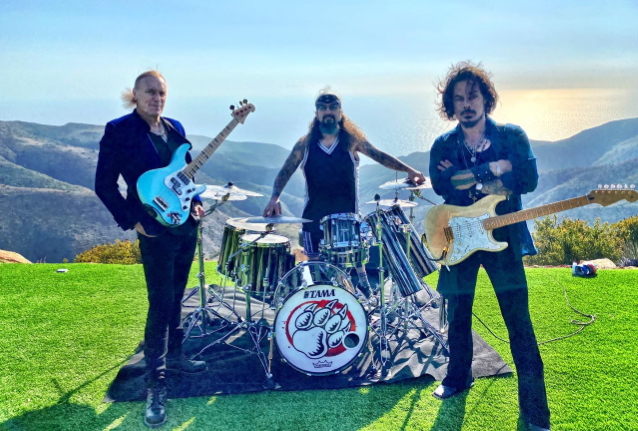 THE WINERY DOGS will embark on a European tour in June 2023. The powerhouse trio consisting of guitarist/vocalist Richie Kotzen, bassist/vocalist Billy Sheehan and drummer/vocalist Mike Portnoy will be playing shows in support of its third album, "III", which is set for release on February 3, 2023 on the band's Three Dog Music label (via Burnside Distribution/The Orchard). Following in the footsteps of their first two albums, "III" was once again produced by THE WINERY DOGS and mixed by longtime band associate Jay Ruston.

Pre-orders for "III" will be available starting Friday, December 9 on CD and all digital formats, which include an instant download of the album's first song to be released, "Xanadu". A vinyl edition of "III" will also be forthcoming in just a few months.

While the all-out smokin' opening track and lead single "Xanadu", title might evoke different imagery in more progressive-leaning listening circles, Kotzen's zen-seeking, hard-rocking ruminations on "Xanadu" once again shine a light on the eternal power of good collaboration. "Coming out of the gates, that's a barnburner," acknowledges Portnoy. "It's one of the fiercest tracks on the album." Incidentally, eagle ears will also delight in picking up on how definitively Portnoy drops his drumsticks right as the song concludes. "At the end there, you're hearing me toss my sticks — not in frustration, but very much in satisfaction of what we had just done," he clarifies with a laugh.

THE WINERY DOGS will kick off a month-and-a-half-long U.S. tour on February 15 in Greensburg, Pennsylvania. A three-date tour of Brazil will follow in April. 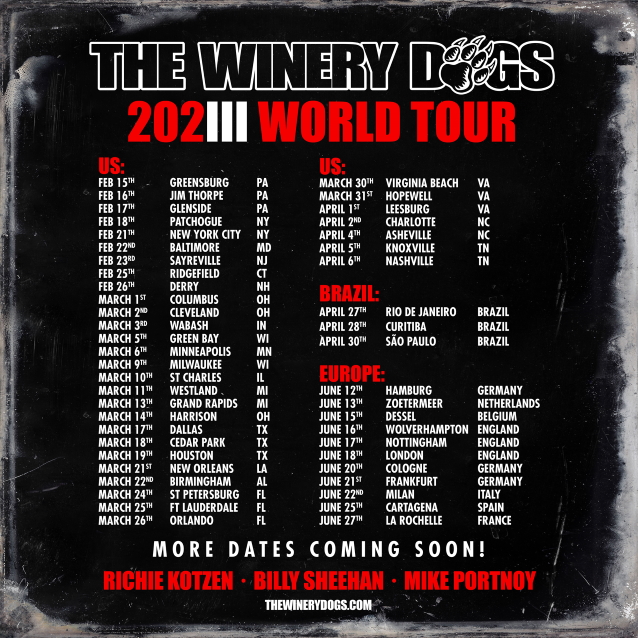