THE WINERY DOGS, the power trio featuring drummer Mike Portnoy (DREAM THEATER, AVENGED SEVENFOLD, ADRENALINE MOB),legendary bassist Billy Sheehan (MR. BIG, TALAS, DAVID LEE ROTH) and guitarist/vocalist Richie Kotzen (MR. BIG, POISON),will release its sophomore album, "Hot Streak", on October 2 in North America on Loud & Proud Records via RED (a division of Sony Music Entertainment) and in the rest of the world via earMUSIC. It is preceded by the first single, "Oblivion", set for release August 25 at radio. A double vinyl edition of the new album is also in the works and is due out in early November.

"Oblivion" can now be streamed using the SoundCloud widget below.

After playing over 100 shows in support of their self-titled debut album, THE WINERY DOGS are eager to head back out on the road to get behind "Hot Streak". Their first round of U.S. headlining tour dates will kick off October 3 in Ridgefield, Connecticut at the Ridgefield Playhouse. Shows around the globe are already being planned for 2016. 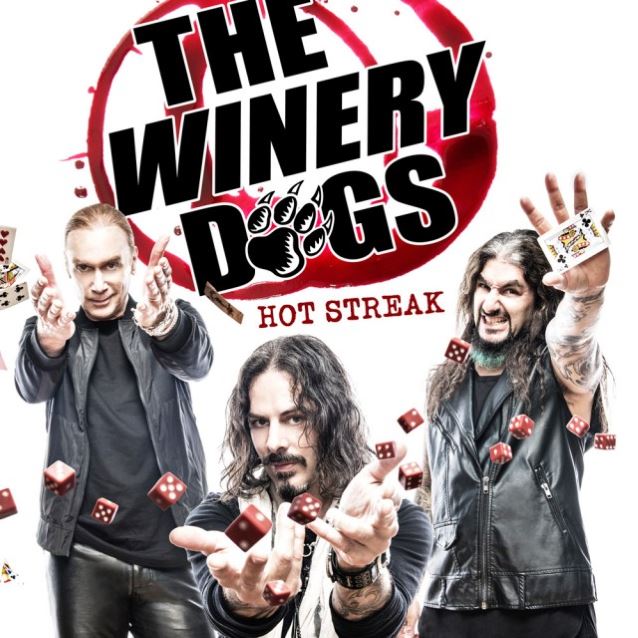