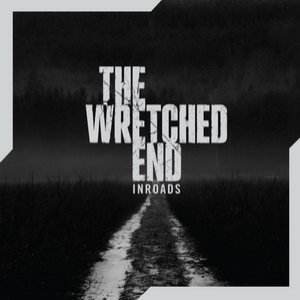 THE WRETCHED END To Release 'Inroads' In April

According to a press release, THE WRETCHED END's music "can best be described as 'deathrash,' taking elements from both death metal and thrash metal. Many of the songs are quite groove-orientated, and also offer a melodic side. Influences range from the flavors of old-school as well as a more modern death/thrash metal sound."

THE WRETCHED END was formed in 2008 as creative collaboration between Samoth and Cosmo, who previously worked together on the infamous death-punk project SCUM. Cosmo also played with ZYKLON as a bass player when ZYKLON toured Europe as special guest for MORBID ANGEL in 2001. The two had long spoken about collaborating on an extreme metal project. Throughout 2008 most of the material for the debut album was composed and by spring 2009 a full pre-production demo consisting of 11 tracks was recorded.

The drums for THE WRETCHED END's debut album, "Ominous", were recorded in September 2009 at the Strand Studio in Oslo, Norway. The recording sessions continued through the end of 2009 and the CD was completed in the first half of 2010.