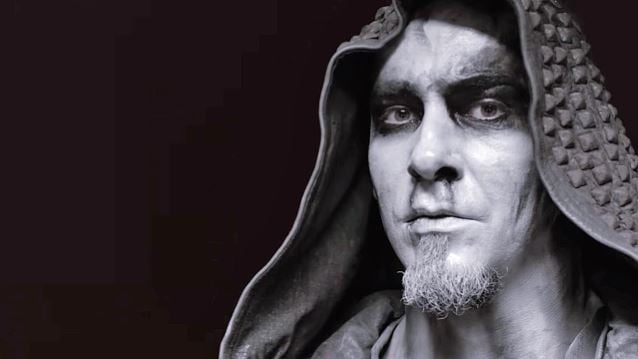 'There Will Be New Music' From BEHEMOTH, Says Bassist ORION

Metal Mark of SkullsNBones.com recently conducted an interview with bassist Tomasz Wróblewski (stage name Orion) of Polish extreme metallers BEHEMOTH. A couple of excerpts from the chat follow below.

SkullsNBones.com: Obviously, [BEHEMOTH's latest album] "The Satanist" was loved by basically everyone in the metal community. In my opinion, the record is flawless. Did you guys know that you were writing something this special in the studio or did it take hearing it in full to finally understand what you've come up with?

Orion: Thank you for the "flawless" comment. It's definitely cool that our tenth album is thought of as our best, and it is our best, if you ask me. It's truly a record. You can listen to it from start to finish, and it flows so well. For us as a band, we always have a desire to create the perfect record. You always want to make something special, but sometimes you have to push that back for a while, and get back to what you know. There were times in the studio, yes, where I was, like, "Holy shit! This is powerful," but once I heard the final product, I knew we had created what people call a masterpiece. BEHEMOTH is a band who puts an incredible amount of thought into every little thing, whether it's in the studio or on stage, so when we knew there was nothing more we could do on the record, we knew it was done. We had no idea how people would receive it, of course, but the response has been absolutely amazing all over the world. It's one thing to feel that this record is special, but the overwhelming response solidified it, and we are beyond proud of it. We went through hell recording and writing it, but it was all worth it in the end.

SkullsNBones.com: [BEHEMOTH frontman] Nergal said last year he didn't know if a new BEHEMOTH album would happen, but then we saw a few months ago that the "process" had begun again. What's the latest?

Orion: People freaked out over that statement, but it's not as serious as people took it. If you read the whole article, he was just saying nothing is promised. We may not have a tomorrow, you may not have a tomorrow, so that's all he was saying. We were talking about the next record when he made that statement, so that was blown way out of proportion. Do we want to make another BEHEMOTH record? Of course we do. This is our life, but we will need some time before we begin that whole process over again. This is why we decided to finish "The Satanist" tour by the end of this year, and then we'll probably take four or five months off from anything revolving around BEHEMOTH. That's just our mindset now, but the reality is, it could change tomorrow. There will be new music. It's actually happening right now on the road. When we have time, we put our ideas together, but we are not just going to make a record because we "have" to. The timing for all of us has to be right, but there will be new music.

Read the entire interview at SkullsNBones.com.